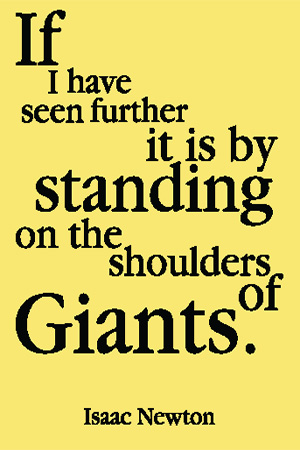 While the field of immunology has origins that date back to the 1500s, the field gained significant ground with the expanded use of mouse model systems. Fundamental discoveries elucidated in mouse models over the past 50 years are beginning to yield major breakthrough treatments for the most sinister human diseases, including inflammatory bowel disease, neurodegeneration, and cancer.

The immunologist's major professional association, the American Association of Immunology, is committed to highlighting these significant historical discoveries and connecting them with the modern advances they support.

The American Association of Immunology publishes the highly-regarded Journal of Immunology, where editors curated a tremendously popular series of landmark papers in their Pillars of Immunology collection. The manuscripts are accompanied by commentary from various immunology luminaries.

The milestone achievements of the most recognizable immunologists include the works of Doherty, Weigert, Marrack, Janeway, Allison, Rajewsky, and Flavell (to name only a few). Their work is part of the fabric that connects the fundamentals of immunology throughout history, and the "Pillars" series compiles it into a richly contextual quilt. Not coincidentally, many of the significant advances in the field of immunology are tied to the genomic revolution and the first uses of in vivo loss of function (i.e. Knockout Technology) studies in mice.

One such "Pillars" commentary focused on the contributions of genetically engineered mouse models to the field of immunology. Michael Bevan's article, titled The Earliest Knockouts1, highlights the historical significance of mouse knockout models with mutations in the beta 2 microglobulin (B2M) gene, a critical component of the Major Histocompatibility Complex (MHC) class I protein complex.

His article centers on two papers, published in 1990 by the Jaenisch lab at the Whitehead Institute of MIT and the Smithies Lab at the University of North Carolina2,3. Bevan (himself, a legend in the field of T cell biology, is an author of 5 "Pillars" papers) provides a historical perspective on how these models influenced the field, including the work in his own lab seeking to define the mechanisms of thymic T cell selection (Bevan and Hogquist's 1994 contribution to thymic T cell selection is featured prominently in another Pillars article4).

These seminal papers and the subsequent research they influenced ushered in a new era of experimentation using mouse models with targeted gene mutations, conditional gene modifications, and transgenic gene expression. The B2M knockout stands out for its historical significance and the major discoveries it led to, but also because it signified the use of genetically engineered mouse models in immunology is here to stay.

Ready to design the next great immunology model?

Check out these other classic immunology models: