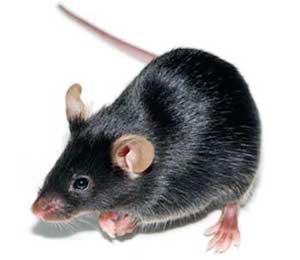 The OT-I microinjected model was developed by Dr. Francis Carbone of Monash Medical School and Dr. Michael Bevan of the University of Washington. The model was created by injecting the rearranged T cell receptor Valpha2-Jalpha26 (under the control of the alpha chain promoter and enhancer) and Vbeta5-Dbeta2-Jbeta2.6 (under the control of the MHC class I promoter and the Ig heavy chain enhancer) into B6 x B6.C-H2bm1 blastocysts. The resultant founders were then backcrossed to C57BL/6. Taconic received stock from Keio University in June 2001, and the mice were rederived by backcrossing to C57BL/6NTac. OT-I transgenic mice were crossed with a homozygous C57BL/6NTac Rag2 targeted mutation model (RAGN12-M), and intercrossed for homozygosity at the Rag2 allele. The model was rederived by embryo transfer and is maintained by mating of male and female mice homozygous for both the Rag2 disruption and the OT-I transgene. To increase production, Taconic has added added a new mating format in which RAGN12 mice are mated to 2334 mice which are homozygous for the transgene. This produces saleable mice homozygous for the Rag2 mutation and hemizygous for the transgene.