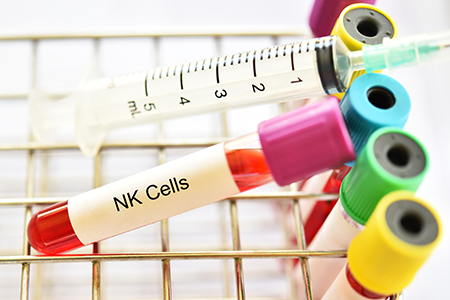 Researchers today have access to sophisticated human immune system (HIS) mouse models that enable them to ask questions that simply weren't possible to explore with more basic models. While HIS models were once considered interesting tools, albeit mostly academic, now they are widely used in pharmaceutical and biotech companies for research on a variety of disease states. Understanding how HIS models have evolved, the various immune cell types they support, and their utility and applicability in drug discovery can help investigators to leverage these increasingly important research tools.

The Evolution of HIS Models

A HIS model is an immunodeficient mouse engrafted with mature human immune cells or immature stem cells which engraft and differentiate into various immune cell types. There are a variety of HIS model types, each using different immune cells. Though the research community often equates HIS models with hematopoietic stem cell (HSC)-based models specifically, the term refers to a much broader set of models.

The earliest HIS models focused on infectious disease and were especially effective at modeling human immunodeficiency virus (HIV), since their human T cells were capable of being infected with this human-tropic disease. Today HIS models are routinely used in a more diverse range of applications, including immuno-oncology, autoimmunity, and graft versus host disease (GvHD) research, as well as drug safety assessments.

The field of immuno-oncology has driven tremendous growth in HIS model use in particular, as much of this research has transitioned away from traditional xenograft studies in immunodeficient mice, which lack the immune cells that immunotherapies target. HIS mice provide an ideal system for immunotherapy research because they can support human tumor growth, whether cell line xenografts or patient-derived xenografts (PDXs), in an in vivo system with human immune cells.

As HIS models continue to evolve and mature, researchers are gaining access to a growing repertoire of options to draw on in their studies. Next-generation HIS models are helping to bridge the gap between human and mouse immune cell development, laying the groundwork for greater study reproducibility and translatability.

HIS Models Support a Wide Range of Immune Cells

No single HIS model supports the full spectrum of human immune cells and functionality, which means there is no single best HIS model. The advantages and disadvantages of a particular HIS model will vary based on the needs and objectives of the study for which the model is intended.

Some HIS models are developed by engrafting human peripheral blood mononuclear cells (PBMCs) from an adult donor into a super immunodeficient mouse. These models, including the huPBMC-NOG, have mature human T cells and can be moved into the study phase quickly, but they have a limited study window. A similar model, the huPBMC-B2m-NOG offers a longer study window, increasing the utility of the basic PBMC model. Other HIS models express human cytokines to support engraftment and expansion of immune cell subsets, such as human NK (natural killer) cells.

Another approach to developing HIS models is to derive CD34+ HSCs from neonatal umbilical cord blood and engraft them onto an appropriate host. Over a period of 10+ weeks, the human progenitor cell population of these models can differentiate into various human immune cell lineages. By comparison, HIS models that don't use progenitor cells for engraftment tend to have a much narrower repertoire of human immune cell types (sometimes as few as one). CD34+ HSC models take longer to develop than PBMC models but can be used for longer studies.

The value of a HIS model depends on the investigator's specific study needs. However, the associated costs and other resource investments depend on whether the model uses HSCs or a non-progenitor human cell alternative. Generally, CD34+ HSCs are more challenging to obtain, take more time to establish a study-ready model, and are more limited in the quantities available from a single donor. The latter can constrain research implementation in a variety of ways.

HSC yields from one human donor may only produce enough mice for a single study, and it is not possible to obtain additional cells from the same donor, severely hindering the researcher's ability to limit inter-study variability. In comparison, single-donor cells commonly used for non-HSC models tend to be much more abundant and available than HSCs. As a result, investigators can share these cells across related studies over time, limiting donor-specific contributions to study variability.

The Utility of NK Cell Models

Dr. Paul Volden, Associate Director, Product Management, authored an article on the application and benefits of HIS models in drug discovery in Drug Discovery World:
Some non-HSC-based HIS models enable research that isn't suitable for an HSC-engrafted model — either because it cannot be performed using such a model or would prove much more challenging. HIS models that use NK cells are one example.

Based on these attributes, NK cell-engrafted models have proven successful in many applications, including in vivo evaluations of human-specific monoclonal antibodies, multi-specific NK-cell engagers, and cell-based therapies in which engineered human NK cells are the intended treatment. In comparison, few drugs requiring human NK cell function have been successfully evaluated in HSC-based models.

HIS Model Use in Early Drug Discovery

Together, HSC and non-HSC HIS models can complement each other to confer resource savings and efficiencies in early drug discovery, especially for investigators exploring therapies that engage T cells.

PBMC-engrafted HIS models with human T cells take only a few weeks to produce and provide a study window of 4-6 (huPBMC-NOG) or 8+ (huPBMC-B2m-NOG) weeks, which is sufficient for many applications. They also tend to be highly cost-effective and deliver faster insights than HSC-based models. HSC-based HIS models also support human T cells, and their T cells develop entirely within the mouse, so they don't mediate the lethal life-shortening disease characteristic of PBMC-engrafted models.

By virtue of their wider study window, HSC-based models are often used in later-stage T cell-focused research after the more cost-effective PBMC-engrafted models have delivered earlier, faster insights. This approach reduces uncertainty when moving into HSC model studies that are often far more complex and resource-demanding.

For researchers whose work can benefit from the use of HIS models, many resources are available to provide support. While scientific literature is certainly a valuable resource on HIS models, the incentive structure for journal publication biases scientific novelty and impactful discovery, rather than information on practical utility and application of models that are commercially-available. Taconic Biosciences' Field Application Scientist group has extensive experience with HIS models, working at the interface of cutting-edge applications of HIS models across pharma and biotech. Our expertise in study design can help you maximize success and reduce false starts and wasted resources. Let us guide you in selecting the most appropriate model for your research question by requesting a consultation via the form below.

The utility and advantages of HIS models will continue to fuel their evolution, expanding their application to a growing range of therapeutic areas. While immuno-oncology has received much of the focus, HIS models are finding their way into research on inflammatory disease, autoimmune disease, and a variety of infectious diseases, including COVID-19. These models will continue to play an increasingly vital role in drug discovery.

Submit your question and our scientists will contact you.