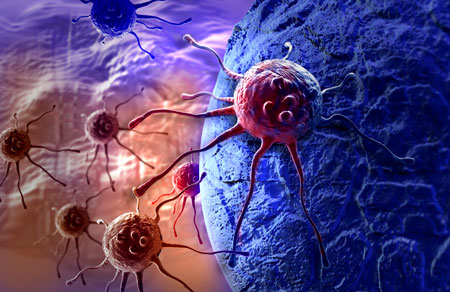 Dr. Paul Volden recently presented a webinar on humanized mice in preclinical immuno-oncology research. Many of the questions you submitted to his Q&A session went unanswered due to time constraints, so here's the full Q&A.

A better model would offer training for human T cells on the human thymus. Several models that accomplish this have been described in the literature; the BLT mouse, for example, in which a piece of human thymus is engrafted into a NOG mouse. They can be challenging to use because of the potential for graft vs. host disease. HLA transgenic models may also be useful for cancer vaccine research. PV: The utility of humanized mice as immuno-tox models is still in early stages of exploration. Nevertheless, initial studies do suggest humanized models offer advantages over other in vivo toxicology models and are likely already being leveraged in non-GLP candidate-selection studies.

Cytokine release syndrome ("cytokine storm") manifests within six hours in PBMC-engrafted mice at clinically-relevant doses of TGN1412, a monoclonal antibody associated with cytokine storm in humans. Helping to further illustrate the importance of this result to immuno-toxicology research, TGN1412 at doses 500-times higher than toxic doses in humans had no ill-effects in GLP-compliant non-human primate studies.

While humanized mice are relevant as toxicology tools, the chimeric nature of humanized models means they likely cannot be leveraged to evaluate safety events associated with off-target cross-reactivity for biologics. Similar to pharmacodynamics studies, the utility of humanized models in tox analyses will depend on properties of the therapy and its putative mechanism. PV: We cover many applications for humanized mice in our on-demand webinar, HIV in Humanized Mice.

There are established uses of humanized mice to study HIV, IBD, and other conditions in which immune response is relevant to preclinical research. The utility of humanized models is most thoroughly demonstrated in immuno-oncology, but its relevance to evaluating immunotherapy candidates suggests a much wider scope of application.

PV: Most investigators studying bispecific antibodies will source PBMCs from healthy donors. These are available from multiple cell vendors and individual lots can be evaluated in-house to identify donors which have ideal properties for your experiment.

Once identified, you can purchase whole lots from a single donor. PV: Yes. Various immune cells from cancer patients have been engrafted into first- and second-generation NOG mice. Sometimes engraftment involves a patient's tumor and their immune cells, creating an avatar model for immunotherapy studies.

One recent example used hIL-2 NOG mice to create an autologous tumor/tumor-infiltrating lymphocyte model that successfully reproduced the patient-donors' responses to adoptive cell therapy. PV: It's possible, but I would not recommend it. If you isolate NK cells from peripheral blood and inject 1-2 million cells into a NOG mouse without supporting human cytokines, those NK cells would disappear within roughly a week.

In part II of this webinar series, we'll discuss next generation NOG models, like hIL-15 NOG, in which PBMCs injection provides successful human NK cell engraftment. PV: There is thought to be a component of PBMCs, possibly antigen presenting cells, that contributes to T-cell function and relatively accelerated GvHD onset in PBMC-engrafted models. Accordingly, engrafting CD3+ T cells as opposed to PBMCs is an approach that would provide human T-cell reconstitution and a significantly longer study window.

The added costs and labor associated with purifying CD3+ T-cells is one drawback to their use. Clearly, some component of PBMCs contributes to T-cell function in the model and loss of certain functionality in purified CD3+ T-cells is a valid concern. However, I'm unaware of data describing relevant functional differences that impact tumor growth or response to therapy in mice engrafted with PBMCs vs. purified CD3+ T-cells. PV: Yes, huPBMC-NOG mice can be used to evaluate checkpoint inhibitors alone and in combination with other therapeutic agents. Indeed, researchers from the Central Institute of Experimental Animals will be presenting data describing checkpoint inhibitors in huPBMC-NOG at AACR 2018, and Eli Lily researchers are scheduled to present their preclinical evaluation of a novel ant-PD-L1 therapeutic, which was evaluated in combination with an anti-CTLA4 mAb in huPBMC-NOG mice.

Prior to using huPBMC-NOG mice for these types of studies, it's important to consider the typical four- to five-week study window provided in the model before graft vs. host disease typically manifests. If pilot data suggest tumor-growth kinetics or resolution of efficacy may require longer than three weeks, researchers should consider CD34+ HSC-engrafted huNOG mice as an alternative model.

PV: The number of cells obtained from individual HSC donors varies, which translates through to the number of single-donor huNOG mice we produce. Typical single donor lots range from 20-40 mice, but sometimes fall below or exceed these numbers. PV: Yes. There are several papers which describe use of busulfan as a preconditioning agent. This seems to work well. Please contact Taconic Biosciences to receive a reference list describing this preconditioning method. PV: 25% has commonly been used as a cut-off in the literature. The importance of chimerism level (above the cut-off level) can vary depending on the experiment. To understand whether there's a correlation between chimeric ratio and IO agent performance can only be derived through examination of many studies. There are limited groups in the world that have this type of data in humanized mice, likely only contract research organizations (CROs) and biopharma groups. I have yet to see an article showing a particular chimerism limit, where below that level the therapy will not work. But it's important to understand your drug mechanism. For example, checkpoint inhibitors require peripheral T cells for efficacy. So clearly these must be present, but there's not data on how chimeric ratio affects this. For studies in research applications outside of immuno-oncology, for example HIV research, there might be a different rationale for selecting mice with high chimerism. If you infect mice with HIV, the human T cells start to disappear. If you are studying a drug to support T cells, you might want to start with mice with a particularly high level of chimerism and T cell percentage. PV: While mimicking human biology is certainly a strength of humanized models, it also means they may capture aspects that contribute to study variability. For example, the hIL-2 NOG model was used to reproduce patient responses (including no response) to adoptive cell transfer. This result suggests some therapies evaluated in humanized models could fail due to the donor's immune cells having an inherent inability to respond to the therapy and/or to mount an effective anti-tumor response.

The only strong recommendation is to recognize the additional layer of variability humanized immune system models can bring and to use more than one donor for your study. Furthermore, even if a therapy fails to inhibit the growth of a tumor, consider still evaluating the important immune cell(s) targeted by the therapy. This is certainly true for checkpoint inhibitors where CD8+ T-cell expansion and increased tumor infiltration may still occur despite no significant effects on tumor growth. PV: These questions relate to the mechanism through which T-cells mediate anti-tumor efficacy in humanized immune system models. As discussed in a previous question, one consequence of human T-cells in CD34+ models being educated within a mouse thymus is sub-optimal recognition of antigens presented on human HLA proteins.

GvHD is not thought to play a role, because huNOG mice do not suffer from GvHD. However, huPBMC-NOG mice do manifest GvHD. Hypothetically, GvHD could contribute to efficacy, especially if the administered therapeutic is associated with increased T-cell infiltration into engrafted tumors. To the best of my knowledge, this question remains unanswered. Because human T-cells in CD34+ models are educated by murine MHC-expressing thymic cells, they have sub-optimal recognition of antigens presented on human HLA proteins. This HLA/MHC mismatch has led some researchers to speculate that checkpoint-mediated efficacy in models like huNOG represents activation of a latent allo-response.

However, the HLA/MHC mismatch does not completely exclude the possibility of some antigen-specific recognition of tumors by T-cells. A study evaluating the tumor-infiltrating T-cell repertoire following checkpoint inhibition could shed light on whether some antigen-specific responses do occur and the extent to which they contribute to efficacy. Administrations of recombinant human cytokines can enhance specific cell lineages in huNOG. As an example, a study from Affimed supplemented hIL-15 to enhance NK-cell engraftment and enable investigation of their NK cell-engaging bispecific therapy in tumor-bearing huNOG mice.

This approach has some strong limitations. Human cytokines tend to have short half-lives in mice, which translates to multiple administrations, increased experimental difficulty, and increased costs. For basic studies, delivering recombinant human proteins is a great option, but preclinical studies involving many more animals may require a transgenic model.