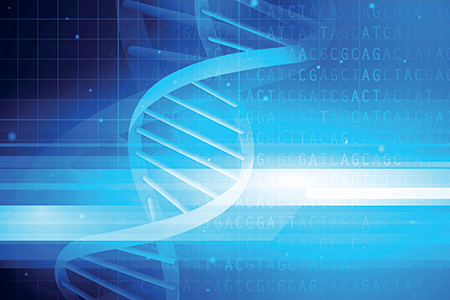 The genetic integrity of laboratory mice and rats is an important contributor to research reproducibility, which is why commercial animal vendors invest in maintaining the genetic quality of standard inbred and outbred strains.

As the technology to produce genetically engineered models (GEMs) becomes more widespread, a growing majority of GEMs are bred and used at individual institutions. This decentralization has created concerns regarding research tool integrity.

As Fahey et al. state in their call for greater awareness and action on this issue, "These mouse and rat mutants are a tremendous genetic resource; however, the awareness of their genetic integrity such as genetic background and genotyping of these models is not always carefully monitored... to be able to compare and interpret experimental information, it becomes critical to have genetically well-characterized mouse and rat mutants1."

How Genetic Quality is Compromised

GEMs created via embryonic stem (ES) cell technologies were often previously created using various 129 strain-derived ES cells. While the nomenclature may seem similar, 129 strains have significant genetic diversity and cannot be considered synonymous. They were renamed in the late 1990's to reflect these differences and grouped into four main families:

Many GEMs derived from 129 ES cells came from either the 129P2 strain or the 129S6 strain, which differ significantly from each other. If a researcher does not know or pay attention to which 129 strain his or her GEM is derived from, genetic integrity can be compromised by either choosing the wrong 129 for strain propagation or as experimental controls.

Many of those early 129-derived GEM lines were subsequently backcrossed to B6. But which B6, and how congenic is the end strain? C57BL/6 substrains also vary, with some known phenotypic consequences. C57BL/6-derived ES cells eventually became available, with nearly all derived from the C57BL/6NTac substrain. Again, contamination was introduced to many strains through breeding to other B6 substrains.

“ICLAS's Genetic Monitoring Reference Program provides high quality DNA from the most common mouse strains to enable research institutions worldwide to ensure that the specific strains of research animals they have developed are genetically sound and truly representative of their assumed genotype. The DNA strains, leadership and expertise provided by Taconic Biosciences have been key in the development and successful launch of this program.”
– Dr. Patrocinio Vergara
Esteras, Universitat Autonoma
de Barcelona, ICLAS
An assessment of each new strain your laboratory obtains is good practice. When Taconic Biosciences imports new GEMs lines for commercial sale, we perform strain background characterization using a high density single nucleotide polymorphism (SNP) in order to confirm their strain and substrain makeup. It is not uncommon to discover that strains which were purported to be congenic on B6 are in fact incompletely backcrossed and in need of genetic stabilization.

What is the impact of poorly defined or genetically contaminated animals?

Elements of a Genetic Integrity Program

Careful record-keeping is important. Front line technicians are critical here, as their observations are often the first sign of a problem, genetic or otherwise.

Multiple DNA-based methods exist for genetic monitoring of inbred strains. The most common uses SNP to distinguish between strains. Panels of SNPs with different densities can be used for strain/substrain identification as well as routine genetic monitoring.

"Reference DNA from the most commonly used rodent breeds have been made available to enable research institutions worldwide (program participants) to check whether the specific strains of research animals they have developed are genetically sound and truly representative of their assumed genetic background."
Of the initial twelve key inbred strains/substrains, Taconic Biosciences provided DNA from pedigreed stock for four:

Genomic DNA from the reference strains is available to any institution worldwide. This DNA serves as important controls for in-house genetic monitoring programs and may additionally be used to develop new genetic monitoring tools, such as improved SNP panels.

Advantages of working with ICLAS to obtain reference DNA include:

According to Dr. Patrocinio Vergara Esteras of the Universitat Autonoma de Barcelona and ICLAS, "ICLAS' Genetic Monitoring Reference Program provides high quality DNA from the most common mouse strains to enable research institutions worldwide to ensure that the specific strains of research animals they have developed are genetically sound and truly representative of their assumed genotype. The DNA strains, leadership and expertise provided by Taconic have been key in the development and successful launch of this program."

Awareness of the issue is only the first step towards improved genetic integrity and research reproducibility. Genetic assessment of GEM strains, with reference DNA for comparison, can identify existing issues as well as prevent future ones.