AcceptShow Options
eTACONIC
Megan M. MacBride, PhD
Thursday, October 6, 2016
Facebook  Twitter  Linkedin  print  rss
The Sprague Dawley® (SD) rat is one of the most popular outbred stocks, with application across many therapeutic areas as well as ADMET studies. The SD is an outbred stock, meaning that there is genetic variation within the stock, and each individual varies in genetic makeup. Genetic variation is maintained through well-defined rotational mating schemes, which are designed to maintain heterozygosity within the population over time. 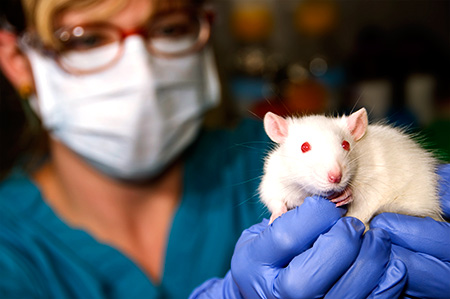 The major rat vendors all have some version of the Sprague Dawley rat, which was originally developed around 1925 by Robert Dawley, who started Sprague-Dawley, Inc. to distribute this stock1. Each vendor received their stock at different times, from different sources and in different quantities. Taconic Biosciences obtained its SD stock from the NIH Animal Genetic Resource in 1970, which had received stock directly from Sprague-Dawley, Inc. in 1945.

Professor Dr. Wolfgang Löscher of the University of Veterinary Medicine Hannover has been studying variation between different vendor stocks for several years, as part of research focused on rats as epilepsy models. In 2011, his group reported significant variation in sensitivity to status epilepticus (SE) induction and post-SE pathology2. A recent paper extends those findings of inter-vendor variation to the pilocarpine model of temporal lobe epilepsy3.

In the 2011 report, the authors explained this line of inquiry into intra-stock and inter-vendor variation was prompted by the observation that the SE study performance of SD rats differed between SD rats sourced from various Harlan (now Envigo) locations. They had developed protocols using SD rats sourced from Harlan-Winklemann Germany, but once that site was closed, they switched to sourcing rats from a Harlan site in the Netherlands. This prompted them to compare various sources of SD rats, including Janvier Labs, Taconic and Charles River Laboratories.

The most recent publication examined the pilocarpine model of temporal lobe epilepsy. Again, variation was noted between performance of rats sourced from different vendors, with SD rats from the Harlan-Winkelmann site most sensitive to induction of SE with pilocarpine, and rats sourced from the Harlan Netherlands site, Taconic and Charles River all similarly less sensitive. Differences were seen in types of seizures observed, development of epilepsy post induction, and behavior in post-SE rats.3

Variations in study performance can be impacted by differences in genetics and husbandry. Outbred stock diversity can be restricted or diminished over time by various factors, including:

For outbred stocks maintained in various locations, sourcing each new location using a sufficient representation of the genetic diversity of that stock is critical. Taconic uses the Poiley outbred mating scheme with 12 breeding groups in order to maintain the outbred nature of the Sprague Dawley® rat. To assess genetic diversity across the strain, as well as to monitor harmonization across different production colonies, Taconic tests each SD colony by SNPs at least once per year.

To minimize variation in your experiment, we recommend: