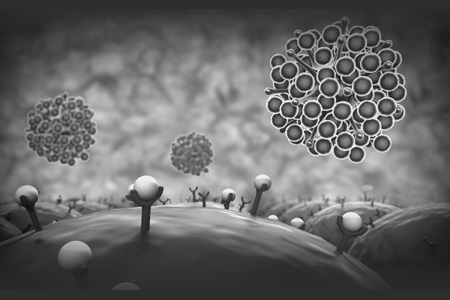 The Tumor Models Boston 2015 meeting brought together researchers from North America, Europe and Asia to discuss the application of models to cancer research. The small meeting provided excellent networking and discussion opportunities. Perhaps the most interesting aspect of the meeting was the clear evolution, over just a short time, in the approaches used to study immunotherapies.

What a difference a year makes: Tools for Immuno-oncology

With the approval now of three immune checkpoint inhibitor drugs based on impressive clinical results, pharma are focusing significant resources in this area. As noted by one speaker, clinical development is moving faster than preclinical development in this area. Merck's Brian Long stated that syngeneic mouse models are workhorse models. However, these models present challenges. For example, surrogate drug development may be required (at significant expense) because the human-specific drug does not recognize the target mouse ortholog and/or the human-specific drug generates mouse anti-drug antibodies (ADA).

Appreciation of variability was a theme echoed by several speakers. In syngeneic models, which theoretically represent genetically identical inbred mice implanted with the same tumor cell line, treatment with immune checkpoint inhibitors resulted in good response in most mice, but a few mice were non-responders. Similarly, Corinne Reimer of AstraZeneca reported donor to donor variability in some experiments with human immune system mice. The latter might be expected based on clinical response to immune checkpoint inhibitors, in which some but not all patients respond to therapy.

Takeaway messages from the meeting included the importance of deeper understanding of each model used as well as careful experimental design to avoid irrelevant results. Expect to see continuing use of PDX and syngeneic models. Use of human immune system engrafted models will increase, paralleling the growth in immuno-oncology research programs.