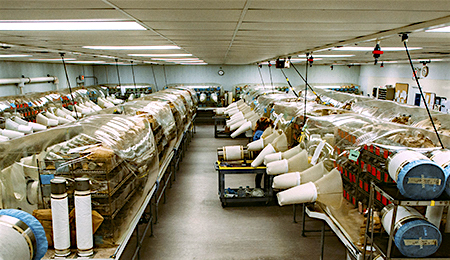 Maintaining genetic integrity within breeding colonies is always a critical issue, but this is especially the case for germ-free and gnotobiotic mice1. Due to the small size and closed nature of most gnotobiotic colonies, these lines are especially vulnerable to genetic drift via the accumulation of novel mutations2,3. In the worst-case scenario, this might lead to the unintentional fixation of mutations in inbred strains, with potentially devastating consequences on phenotype or reproductive performance.

The approach to prevent genetic drift depends upon the type of mouse strain being maintained. For inbred mice, such as C57BL/6NTac, BALB/c, and genetically modified mice on inbred backgrounds, the goal is to maintain consistent genetic homogeneity and to prevent the accumulation of novel mutations. Conversely, the opposite strategy is required for outbred mice, such as Swiss Webster, in which genetic heterogeneity is the goal.

Inbred mice are mated by brother-sister pairs, and the pedigree and generation number of all breeders should be tracked. Since a new mouse strain is created by inbreeding for ten successive generations, by definition, mouse lines should never be maintained for more than ten generations in an isolated gnotobiotic facility.

In practice, however, it is advisable to limit breeding to much fewer than ten generations and schedule genetic 'refreshes' on a regular basis (e.g. every one-to-four years, depending on the scope of the breeding goals). A genetic refresh can be accomplished by either replacing breeders with germ-free mice from a reputable vendor with a genetic monitoring program, or by germ-free derivations from cryopreserved material.

At Taconic Biosciences, our inbred germ-free mice are managed with the same genetic standards as all our inbred models, to ensure genetic consistency and integrity. This includes regular germ-free derivation from our curated genetic repository.

Dr. Kate Banks, Director of the Division of Comparative Medicine at the University of Toronto, emphasizes the importance of genetic stability at their Germfree Core. There, the standard practice is to "regularly bring in new stock from Taconic to help prevent genetic drift," and to continue to make "sure that [their] practices are consistent with evidence-based recommendations on colony management."

Many of these characteristics are due to their outbred nature, meaning that individuals are genetically different and heterozygous at multiple different loci. However, when maintained in a small and closed colony for extended periods, inbreeding will inevitably occur. This leads to a loss in heterozygosity and reduced performance. Outbred lines should be mated using a rotational breeding scheme4, such as that employed at Taconic. For small gnotobiotic facilities, replacing or adding additional breeders from a vendor into rotation on a regular schedule is recommended. Cryorecovery is usually not an option for outbred lines, as it is time-consuming and expensive to generate multiple different individuals from different breeders for outbred lines.

To determine when a genetic refresh is necessary, single nucleotide polymorphism (SNP) testing, such as Taconic's Mouse GenMon Panel, can be employed to determine the level of heterozygosity within your outbred colony.

The genetics of gnotobiotic mice need to be carefully controlled and monitored, whether they are outbred, inbred or genetically-modified. Although this presents an added expense for gnotobiotic facilities, it is necessary to protect the genetic and research integrity of your studies.

Controlling the Macroenvironment: A Novel Approach to Germ-free Derivations