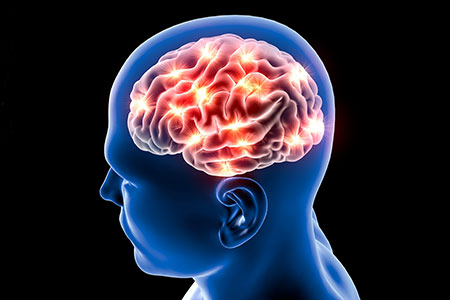 No single Parkinson's Disease (PD) model fully reproduces the complexity of the disease in humans. Developing an assortment of PD models has been essential for furthering our understanding of, and the development of potential treatments for, the disease.

In recent work from a team of Mount Sinai investigators, the new Parkinson's disease model helped identify an important role for the G2019S mutation in altering neuronal activity and structures. This research identifies early postnatal alterations associated with the LRRK2 G2019S mutation that may predispose to later neuronal circuit dysfunction.

Mutations in the leucine-rich repeat kinase 2 (LRRK2) gene are a known cause for autosomal dominant inherited PD. Among the known LRRK2 mutations, the G2019S point mutation is most frequent and results in increased LRRK2 kinase activity.

Several PD transgenic rodent models carrying the G2019S mutation have been created, including the G2019S rat and Lrrk2 deficient mice, which lack the kinase. Transgenic expression of a protein is associated with relatively high protein-expression levels, altered expression patterns, and distribution throughout tissues. Thus, the regulation of the transgene (i.e. overexpression and tissue specificity) remains a limitation in transgenic G2019S rodent models.

A team of Mount Sinai scientists, led by Dr. Deanna Benson and supported by the MJFF, described a novel and unique tool for PD research: a mouse model carrying the human LRRK2 G2019S mutant kinase under endogenous regulation.

In their evaluation of the LRRK2 G2019S mouse model, Dr. Benson's team described these insights from the PD model:

In LRRK2 G2019S mice, Mount Sinai scientists described how the PD-causing mutant allele alters synaptic activity during an important postnatal period in which neural circuits are shaped. Their findings highlight the utility of LRRK2 G2019S targeted-replacement mice by providing novel insights into early striatal aberrations which may predispose patients to PD dysfunction later in life.