eTACONIC
James Vitale
Monday, December 21, 2015
Facebook  Twitter  Linkedin  print  rss
The American Transplant Foundation reports that there are currently 123,000 people in the United States on a waiting list for an organ transplant. On average, 21 people die every day from the lack of available organs for transplant. Extending that number out to the worldwide population would put the number of people, worldwide, who need organ transplants at 2.7 million people and just under 500 people die each day. Doubtful that many of those 500 are actually on a list to receive a transplant given that most of the world's population does not have access to the great medical care that the West has to offer.

CRISPR, The Number 62, and Pigs 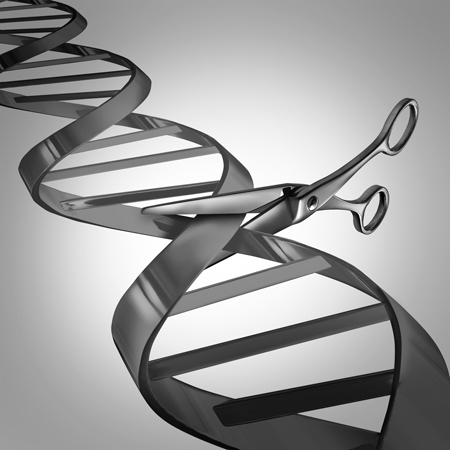 So what do CRISPR, the number 62 and pigs have in common? As reported recently on the Nature website (06 October 2015), geneticist George Church of Harvard Medical School announced that his lab has edited 62 genes in pig embryos using CRISPR/Cas9. While this appears to be a record for the number of gene edits done in one embryo, their goals were, in fact, loftier. Their goal is to make pigs better candidates as organ donors for humans. Pigs are thought to be the best candidates for organ donations for humans given their close anatomical size to humans.

However, there are 2 problems with using pigs. Their genome contains endogenous retroviruses that if introduced into humans could have unforeseen consequences. Pigs are not histo-compatible with humans, so a transplant of a pig organ into a human will lead to graft versus host disease. While Dr. Church did not reveal which specific genes were knocked out, as their research is not yet published, he did state that they knocked out 62 porcine endogenous retroviruses as well as 20 genes that encode proteins that sit on the surface of pig cells and are known to trigger human immune responses.

These CRISPR/Cas9 gene edits were done in pig embryos. Those embryos have not yet been implanted into mother pigs, but that should happen soon. It remains to be seen how those pigs will fair once born.

If these experiments go as planned, we will have much better insight into the possibility of using pigs as organ donors for humans.

These experiments point out the power of the CRISPR/Cas9 gene editing technology. There are no other technologies available to scientists that have such precision and ease of use that will allow multiple gene edits to occur in a single embryo. Most researchers will knock-out a few genes in a mouse or rat model and will never have the need to knock-out 50 or 60 genes.

Dr. Church's experiments have pushed the limits of gene editing; that is for sure. More importantly, his experiments may bring us closer to one day meeting the needs of those waiting for organ transplants.

Application of CRISPR/Cas to the Generation of Genetically Engineered Mice