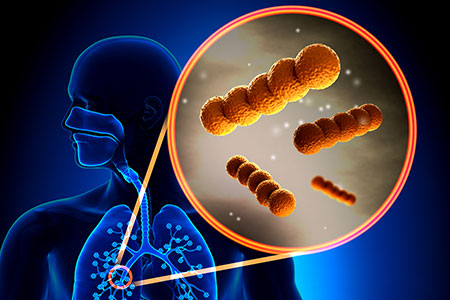 On June 8, Dr. Kenneth Klingenberg Barfod — of the National Research Centre for the Working Environment, Denmark — presented a webinar on the importance of the murine lung microbiome, how the lung microbiome in mice can be manipulated experimentally, and its applications in disease modeling.

Compared to the extensively studied gut microbiome, the lung microbiome is a niche research area with relatively few published reports. A common — mistaken — assumption has been that healthy lungs are sterile, though no modern studies to date have shown absence of microorganisms in the lungs1. While challenges exist in sampling from the lungs, the presence of a lung microbiome in healthy humans, and mice, is now considered a fact.

Dr. Barfod discussed how the presence of microbes in healthy lungs is a balance between immigration and elimination.

The Lung Microbiome in Health and Disease

In the webinar, Dr. Barfod explained how the lung microbiome is expected to be under the influence of many of the same factors known to impact the gut microbiome: Mode of delivery, antibiotics, breast vs. formula feeding, diet, infection and vaccination history, genetics, environmental impact such as pollution, vitamin D levels due to sun exposure, and more. All these factors may shape the immune system of the lungs, either directly or through alteration of the lung microbiome.

Mice are relevant animal models for investigating causality of the lung microbiome in disease. Dr. Barfod emphasized the need for establishing actual, casual relationships for moving beyond the observed correlations between human disease and the lung microbiome.

In this regard, animal models were highlighted as crucial. The in vivo approach can be used to gain mechanistic insight through manipulations of the lung microbiome with antibiotics, probiotics, pulmonary medicines, or by creating genetically modified animals to mimic human diseases and conditions. Additionally, animal models allow for sampling approaches not possible in humans.

The research contributions of Dr. Barfod and his colleagues have shown that there is an actual microbial community in the lungs of mice, not just contamination by or a reflection of the gut microbiota3,4, and that the murine lung microbiome may be manipulated by intranasal antibiotic treatment3. This vindicates mice as relevant models in lung microbiome research.

Dr. Barfod highlighted the myriad of factors that may affect and potentially bias animal studies. As a scientist, it is essential to know if your study subjects are independent of each other for choosing the proper analytical and statistical approaches. Some of the things you would want to know are:

Dr. Barfod included a useful example of a sound experimental design, taking these factors into account for optimal utilization of animal models.

As differences in the lung microbiota has been observed between male and female mice3,4,5, he also put forward the relevance of including both sexes in the experiment.

“Even though your mice are inbred and genetically identical, their microbiomes might not be.”
– Dr. Barfod
Dr. Barfod went on to discuss common technical challenges when studying the murine lung microbiome. As the bacterial DNA yield of the lungs is very low relative to the gut, it is particularly challenging to perform DNA extraction and account for contamination when sequencing the lung microbiome.

Several helpful tips were given during the webinar, such as performing analysis on sequencing data with and without subtraction of OTUs found in blank control samples. Dr. Barfod shared with the audience the observation that contamination could drive clustering of the samples, and that the clustering disappeared after removing the OTUs from the blank controls.

Also, technical advice for sampling of sterile bronchoalveolar lavage (BAL) fluid was given at the webinar, such as bleeding mice before BAL to obtain more fluid. Ligation of one lung lobe was mentioned as a means to obtain more experimental endpoints; i.e. one lobe can used for BAL and the other for other purposes, such as looking for tissue-dwelling microbes.

Dr. Barfod highlighted that the BAL procedure can easily be implemented as an add-on in gut microbiome studies to enable more experimental endpoints and increase discovery in the research field. Using both "ends" of the animals — looking at the lung as well as the gut microbiome — is meaningful from a harms reduction perspective, as more questions can then be answered using the same number of animals.

Germ-free mice were mentioned as a feasible way to manipulate the microbiota and dissect importance of specific organism or communities; e.g. through inoculation with probiotic strains or human microbiotas. 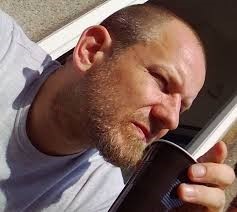 The webinar ended with questions from the audience. There wasn't time to address all questions during the webinar, so we present them here with Dr. Barfod's answers. Kenneth Klingenberg Barfod (KKB): Yes, there are a couple of good ones. I can recommend these two: Gollwitzer et al. 20146 and Richmond et al. 20167. KKB: I guess you can inhale them, other routes are highly speculatory. During birth, I find it rather likely from mother to offspring. KKB: We spun the BAL fluids to separate mouse cells from the supernatant. KKB: I don't know, but it sounds interesting. I would suggest a dual sequencing approach where you sequence 16S and host factors from the same tissue sample grid. KKB: You don't. Or you sequence all three components as I did in my 2013 paper4 to show the difference between the locations. KKB: I don't think our lab mice have biofilms, but in the paper by Yun et al. 20148 they could FISH stain bacteria in wild caught mice. KKB: Yes, we cough and swallow a lot of mucus containing bugs. Whether they stay viable through the stomach is unknown, but they still might have an influence on immune parameters. KKB: That is a good question. I would speculate that you in the healthy state have some parts of broken down bacteria being moved around in the blood. There are some studies in rats that show fecal bacteria being move to the breastmilk — I guess as a way of letting the offspring sample certain bacteria that have been broken partially down so they can't be dangerous? KKB: Yes, Vancomycin is used as a red label inhalation antibiotic. I have experimentally used it in one of my papers3. Germ-free mice really are the way to go if you want to see what bugs do what and to show causality. KKB: If you use the BAL technique, I think you will not contaminate the inside of the lung by binding off one lung lobe with string from the outside? I guess it is less easy if you want the lung tissue as a whole to be sterile.