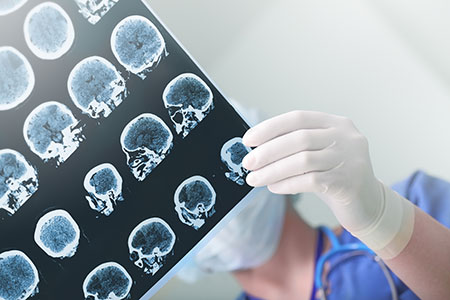 Cerebral cavernous malformation (CCM) is a type of brain lesion in which normal tissue is displaced by collections of abnormal capillaries which are prone to leakage. CCM bleeding can cause strokes, seizures, and other neurologic deficits. The only current treatment for CCM is surgical removal. What causes this anatomical abnormality? The familial form has been linked to mutations in several genes, and sporadic cases may be linked to somatic mutations in the affected vascular tissue.

A new paper identifies an unexpected role for the microbiome in the formation of CCMs. As with so many scientific discoveries related to the microbiome, the first inkling of microbiome involvement came when a consistent mouse model phenotype changed after the move to a different vivarium. Tang et al. generated endothelial-specific knockouts of genes related to CCM using an endothelial-specific cre system. These models went from a high incidence of CCMs in the original facility to a low incidence of CCMs in the new facility. A subpopulation of animals which developed CCMs was identified — and linked to the presence of a bacterial infection. This observation sent the researchers down the path of investigating microbiome effects on CCM.

To validate the role of the microbiome, the researchers generated germ-free conditional knockouts and fostered to either conventional or germ-free Swiss Webster mice. While conventionally-fostered pups developed CCMs, the majority of germ-free-fostered pups did not, indicating that bacteria play an important role in CCM development.

Tang et al. believe their findings point to microbiome manipulation as a novel approach to treatment of CCM. To test this theory, they used antibiotic treatment to reset the microbiome in breeding pairs. Comparing a first litter of pups produced from susceptible parents to a second set of pups produced after maternal antibiotic treatment, and a third litter produced after the withdrawal of antibiotics, the second and third litters had greatly reduced CCM incidence compared to the first litter. This evidence points to the role of microbiome in disease pathogenesis.

Can this research be translated into a microbiome therapy for a serious neurological disorder? Clearly further research and analysis is needed, but the connection to disease and the microbiome is increasingly a path for researchers to follow.