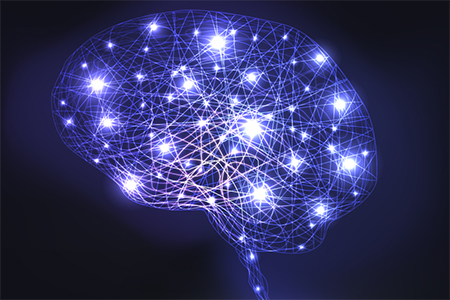 Recently, pathologic and highly-penetrant CNVs have been identified in patients with neurodevelopmental and psychiatric disorders. The microdeletion at chromosome location 15q13.3 is one example. This CNV can result in a range of disorders, including autism spectrum disorder, epilepsy, schizophrenia, and learning disabilities.

For neurological disorders, the underlying genetics are multifactorial and incompletely penetrant, with phenotypes that often overlap. This makes them much more difficult to study via model systems. Rodent models of human disease can be powerful tools for elucidating disease mechanisms, but complex neurological disorders, like those associated with the 15q13.3 microdeletion, are far more challenging to model.

Interestingly, mice homozygous for the 15q13.3 microdeletion are viable and have pronounced phenotypes. Some of the phenotypes include altered seizure susceptibility, autistic behavior-related phenotypes, and auditory sensory processing deficits. Shared phenotypes between hemizygous (Df(h15q13)/+) mice and homozygous mice were more pronounced in the homozygotes, suggesting a gene dosage influence.

In a study published in the July 2016 issue of European Neuropsychopharmacology, scientists compared Df(h15q13)/+ mice to wild-type mice using functional MRI. In Df(h15q13)/+ mice a hyperconnectivity pattern was observed that appeared to replicate an established schizophrenia-associated connectivity phenotype.

Df(h15q13)/+ mice carry a hemizygous deletion of 6 genes (Fan1, Mtmr10, Trpm1, Klf13, Otud7a and Chrna7). Among these, CHRNA7, which encodes nicotinic acetylcholine alpha 7 receptors (nAChA7Rs), is hypothesized to be one of the predominant genes within the deletion contributing to human neuropsychiatric phenotypes. Working from this lead, investigators hypothesized that pharmacologic modulation of nAChA7Rs might normalize the hyperconnectivity pattern observed in the Df(h15q13)/+ mice.

The researchers tested the effects of Lu AF58801, a novel selective and brain penetrant allosteric activator of nAChA7Rs. Df(h15q13)/+ mice received an intraperitoneal injection of Lu AF58801 or saline and underwent fMRI imaging sessions. In the animals that received the pharmacologic nAChA7Rs allosteric activator, hyperconnectivity was normalized, and the most striking effects were observed in the brain regions expressing nACha7Rs.

Prior studies have shown that pharmacological stimulation of nAChA7Rs restores auditory gating deficits in rodent schizophrenia models and activates regions of the brain similar to conventional antipsychotics. The scientists concluded that the hyperconnectivity normalizing effects they observed with Lu AF58801 may underlie the apparent benefits of nAChA7R stimulation on cognition and auditory deficits.