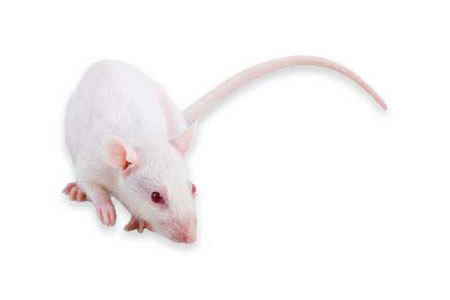 Studying the long-term complications of diabetic pathology is more relevant than ever, driving increased interest in animal models of type 2 diabetes. According to the World Health Organization (WHO) the number of people with diabetes (includes both type 1 and type 2) has risen from 108 million in 1980 to 422 million in 2014.

"[Diabetes] is a major cause of blindness, kidney failure, heart attacks, stroke, and lower limb amputation. Over time, diabetes can damage the heart, blood vessels, eyes, kidneys, and nerves. Adults with diabetes have a 2-3-fold increased risk of heart attacks and strokes. Combined with reduced blood flow, neuropathy in the feet increases the chance of foot ulcers, infection and eventual need for limb amputation. Diabetic retinopathy is an important cause of blindness and occurs as a result of long-term accumulated damage to the small blood vessels in the retina. 2.6% of global blindness can be attributed to diabetes. Diabetes is among the leading causes of kidney failure." (WHO Media Center, 2016).

There are a variety of mouse and rat models which can be used to study aspects of type 2 diabetes:

Varying aspects and severity of complications

The ob/ob and db/db mice, as well as the Zucker Diabetic Fatty rat, are all well-characterized and frequently-used diabetic models which exhibit a mutation in the leptin (ob/ob) or leptin receptor gene (ZDF, db/db). They are useful for studying particular disease characteristics, but do not necessarily represent the human disease state as mutations in these genes are not frequently the cause of type 2 diabetes in humans.

Diet-induced obese (DIO) C57BL/6 mice can be used to effectively model pre-diabetic symptoms and study the progression of metabolic syndrome. DIO mice allow researchers to look at factors that can be controlled at earlier disease stages and study behaviors and compounds that can slow progression of the disease or reverse disease development.

The Goto-Kakizaki (GK) rat is a well-characterized model of type 2 diabetes which exhibits certain diabetic complications such as nephropathy and retinopathy, making them ideal for studying long-term complications of the disease.

The Goto-Kakizaki (GK) rat is a polygenic non-obese Wistar substrain that develops adult onset type 2 diabetes early in life. This model was developed in the 1970s by Goto and associates at Tohoku University in Sendai, Japan, by selecting breeder pairs with the highest glucose levels from a colony of Wistar rats. Repeated selection of breeders based on blood glucose levels resulted in glucose intolerance after five generations.

The model is a relatively poor breeder, with an average litter size of six pups. Taconic Biosciences has found that each female will generally only produce one to two litters, as breeding performance declines significantly after two litters.

Females should be set up for breeding in pairs at nine-to-ten weeks of age with ten-to-twelve week old males. Harem mating with isolation of pregnant females provides better outcomes compared to pair mating. Rats should be weaned at approximately twenty-eight days of age versus the standard twenty-one days for other rat models.

GK rats are an ideal model for studying comorbidities of type 2 diabetes as they exhibit characteristics such as retinopathy, nephropathy, neuropathy, and cardiovascular complications similar to those seen in human disease.

Numerous studies have demonstrated that the GK rat is a valuable tool for studying these impairments.

Additionally, the GK rat is better suited than otherwise comparable mice for certain study types, as surgical interventions and imaging are easier in models with a larger body size.