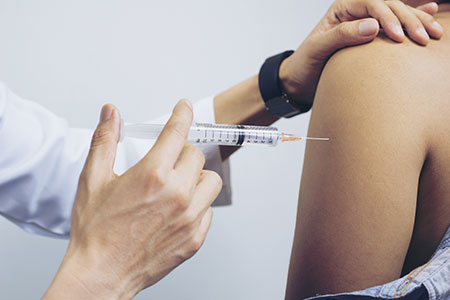 As of May 2019, the World Health Organization is reporting that the number of measles cases worldwide has quadrupled compared to the same time last year. In the US alone, there have been 1,022 cases thus far in 2019, making this the highest number of reported cases in almost twenty years1.

Measles was considered eradicated in the US in the year 2000. However, since 2010, there has been an increasing trend in measles cases due to lack of vaccination in specific communities and regions.

History of Measles in the US

While measles was first identified in 1657, in 1912 the disease became a "nationally notifiable disease" in the US. This meant that healthcare providers and laboratories that discovered known cases of measles had to report them to the CDC.

Over the next decade, there were over six thousand documented deaths due to measles each year. Since there was no vaccine available at the time, it was proposed that most children would be exposed to and contract the disease before turning fifteen. During this time, the CDC also estimates that almost 4 million people were infected each year.

One infected person with measles can infect anywhere from twelve to eighteen others, as determined by the basic reproduction number of the virus. This number, referred to as the R0, categorizes viruses based on how contagious they are3. The common influenza virus has an R0 of two, clearly showing that measles is much more infectious.

After infection, symptoms may not develop until one to two weeks post-exposure. Initial symptoms are upper respiratory symptoms, high fever, and the characteristic "measles rash." However, this virus can also lead to encephalitis (brain swelling), pneumonia, and death. While any unvaccinated person can get measles, the group at the highest risk of developing complications from the disease are the very young, pregnant women, and immunocompromised.

Measles is caused by the measles virus (MeV), which is a nonsegmented negative-sense ssRNA virus which contains two viral glycoproteins on the capsid surface. The proteins, hemagglutinin and the membrane fusion protein, are responsible for binding to host cells and the subsequent invasion through the plasma membrane4. Humans are the only known host of the virus, and other mammals are not susceptible to infection.

The entrance routes for the virus are inhalation and direct contact with an infected person. Upon entrance of the virus into the body, it begins to infect and hijack host cell machinery to replicate its viral genome. The RNA genome codes for six proteins which coordinately regulate viral assembly and attachment to the inner surface of the host cell's plasma membrane5. Once the viral proteins have been translated in high enough levels, the cell will undergo lysis, thereby releasing all components of the virus into the extracellular space between additional host cells.

After years of reported measles cases across the globe, Dr. Thomas C. Peebles and John F. Enders from Boston Children's Hospital collected blood samples from infected students in their city. After nine years of work, they successfully developed a vaccine effective against measles and licensed it in the US in 1963. Five years later, modifications to the original vaccine were made, and this final vaccine has been the only vaccine used in the US since 19682. The most common method of distributing the measles vaccine is in combination with vaccines against mumps and rubella, known as the MMR vaccine, or with mumps, rubella, and varicella, known as the MMRV vaccine.

According to the CDC, measles outbreaks, as defined as three or more cases, are currently ongoing in the following locations:

Each jurisdiction has set different requirements given their specific situations. On April 9th in New York City, the Health Commissioner ordered every adult and child who lives, works or resides in four specific zip codes to be vaccinated with the MMR vaccine. New York State's Rockland County is offering free MMR vaccines to anyone who needs one in the county. Michigan's website regarding the measles outbreak provides a list of over 100 known locations that would have been exposed to the virus.

As evidence has accumulated about the origins of these outbreaks, the CDC recommends anyone traveling internationally to be fully vaccinated prior to their trip.

The outbreaks listed above have been connected with travelers who were exposed to the virus in countries such as Israel, Ukraine, and the Philippines, which are all seeing large outbreaks of the disease as well. To protect yourself, your family, and your loved ones learn more about how to obtain the MMR or MMRV vaccine.