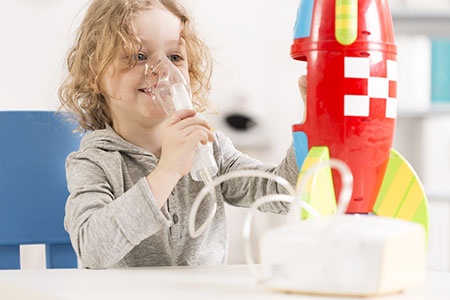 CF is caused by a mutation in the gene cystic fibrosis transmembrane conductance regulator (CFTR), a membrane localized voltage gated anion channel that controls the salt composition of the airway surface liquid. The majority of CF cases worldwide are attributable to the ΔF508 mutation which causes mis-folding and premature degradation of the CFTR channel before it reaches the cell membrane. Other mutations result in the CFTR protein successfully trafficking to the membrane, but a faulty gating mechanism prevents it from opening and closing.

There is a rich historical perspective on the multitude of ground breaking advancements in research that led to the current treatments for CF over at the Cfmedicine site.
To treat the underlying cause of CF, Vertex pharmaceuticals leveraged their pioneering approach called rational drug design. They designed a series of new therapies addressing the biological limitations of different mutant CFTR proteins and linked them to the genetic mutations identifiable within the patient population.

Instead of treating the chronic symptoms, Vertex developed therapies to restore the mutant CFTR's native function based on the specific genetic defect of the individual, with the goal of ultimately restoring normal lung function. They developed two classes of drugs: one a "Potentiator", the other a "Corrector"1. The "Potentiator" activates a faulty CFTR channel, while the "Corrector" delivers the CFTR to the correct cellular location.

Importantly, the "Potentiator", Ivacaftor (drug name Kalydeco®), is an FDA-approved blockbuster treatment for CFTR mutations that result in faulty gating of the ion channel. In 2015 Vertex won approval for the combination therapy Orkambi®, which is a combination therapy that adds the corrector Lumacaftor to the "Potentiator" Ivacaftor, and opens the therapy up to a greater percentage of patients.

On March 28, 2017, Vertex reported that two Phase III trials of their next-generation therapy combination of "Correctors" and "Potentiators" met the primary end points in patients homozygous for the ΔF508 mutation. This is significant as these patients comprise 60% of global CF cases and about 90% of the CF cases in the United States. Since the endpoints included measurements of lung performance, the early signals suggest this could be a major advancement for the most frequent mutations in the CF population.

Since these cystic fibrosis treatments require daily administration, careful consideration is given to their long term safety profile. One aspect of safety testing is the carcinogenic potential of a given compound. To determine if drugs like those for CF have an increased risk for carcinogenicity, drug manufacturers conduct tests in rodents.

The traditional requirements for safety testing are defined by regulatory agencies and are provided by the International Conference on Harmonization (ICH) guidelines. One important benefit to drug manufacturers is that the transgenic rasH2 mouse model for carcinogenicity testing reduces the standard time for testing from two years to twenty-six weeks, while providing a clearer assessment of risk. This enables critical new drugs to reach patients faster. Notably, the twenty-six week rasH2 carcinogenicity evaluation was used to test Vertex's Orkambi (see section 13.1 of drug insert for further information).

Learn more about carcinogenicity testing and the rasH2 model.

In summary, the pace of drug discovery for Cystic Fibrosis is accelerated by Vertex's innovative rational drug design approach. This has resulted in successful treatments targeting specific genetic mutations in patients with CF. Their latest combination therapy reported success in patients harboring the most common mutation.

While these treatments have demonstrated clinical success, their lifelong administration requires extensive safety testing. The rasH2 mouse model is growing in its importance to the drug community because it provides a faster and more rigorous safety test for carcinogenicity.