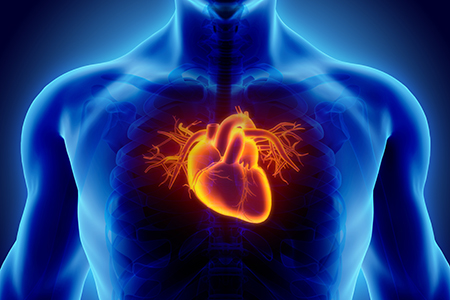 HMG-CoA reductase inhibitors, or Statins, are a class of lipid-lowering medications prescribed to reduce the risk of developing heart disease. First introduced to the market in 1987, statins are one of the most commonly prescribed medications today with around 40 million users in the US alone annually1,2. However, new studies have questioned whether statins are over-prescribed and if they are causing more harm to certain patients than good.

This Insight will review the risk factors for developing heart disease and the pros and cons of statin use for lowering disease risk.

Cardiovascular disease (CVD) is the leading cause of death for both men and women globally and was responsible for over 800,000 deaths in the US last year3. CVD is a general term that encompasses multiple more specific cardiovascular conditions that affect the heart and blood vessels. The most common condition within this class of diseases is coronary artery disease (CAD), which accounted for almost 400,000 deaths in 2017.

The most common risk factors for developing CVD are high blood pressure, high cholesterol, obesity, and excessive use of tobacco and alcohol4. About half of Americans (47%) have at least one of these risk factors5. Additional risk factors not influenced by diet and lifestyle are sex, age, race, and familial history.

Most CVD cases are estimated to be preventable through modifying the diet, increased exercise, and eliminating tobacco use. Drugs that lower blood pressure and cholesterol are commonly prescribed to either prevent the development of CVD or halt the progression of the disease in those that are already presenting symptoms.

LDL carries high levels of cholesterol to tissues, and has been implicated as the "bad" cholesterol because it contributes to the development of atherosclerosis. HDL transports cholesterol back to the liver for excretion and is known as the "good cholesterol" for this reason.

Triglycerides are carried by the largest lipoproteins — known as chylomicrons — and are the most common type of fat. While cholesterol can be beneficial to maintaining cellular membrane integrity, triglycerides contribute to the hardening of arteries and thickening of arterial walls (atherosclerosis). These two conditions contribute directly to the increased risk for heart attacks and strokes7.

Generally, HDL levels are unaffected, since the role of these lipoproteins is to return free cholesterol back to the liver. Statins have been revolutionary in their ability to regulate the cholesterol production pathway and decrease the chances of developing CVD8.

When are Statins Prescribed?

Statins are prescribed as either primary or secondary intervention medications. Primary intervention refers to the prescription of statins for patients in a higher risk group that could potentially develop CVD in their future. Secondary intervention targets those patients that have shown signs of CVD such as heart attacks, angina, strokes, transient ischemic attack, or peripheral vascular disease9.

It is currently estimated that 40 million people in the US are taking at least one form of statin medication, with up to 56 million eligible for primary intervention with a statin10.

Side Effects of Statins

Statins are the most commonly prescribed drug currently available and Pfizer's drug Lipitor (atorvastatin) is the best-selling drug in history11. However, researchers across the board have widely differing opinions as to the situations in which they are prescribed.

One opinion on this issue argues for the increased use of statins in patients at risk for developing CVD (that is, as a primary intervention). Others contend that statins are over-prescribed and should be used primarily in patients that are already showing signs of CVD (as a secondary intervention).

Statins have been implicated in increased risk for developing type II diabetes. A study of 17,802 people published in the New England Journal of Medicine in 2008 found a correlation between patients taking the statin rosuvastatin and the onset of diabetes. At the conclusion of the almost two-year study, a 44% lower incidence of heart attacks, strokes, and other cardiovascular events was found in the group taking rosuvastatin when compared to placebo. However, there was also a 26% higher incidence of diabetes in the group prescribed rosuvastatin12,13.

One possible explanation for this is that blood sugar can increase while taking a statin and this could contribute over time to acquired diabetes. The FDA acknowledges that the risk is low, but still warns patients that there is a correlation between statin use and elevated blood glucose levels14.

One of the most common side effects of statins is muscle soreness, tiredness, and weakness. There is evidence that these types of symptoms — collectively known as myopathies — are the most common cause of statin discontinuation15.

Very rarely, statins cause a life-threatening condition called rhabdomyolysis, which causes liver damage, severe muscle pain, kidney failure, and eventually death. The risk of developing this condition is exacerbated by combining medications; most frequently between a statin and an antibiotic16,17. In two cases, published in 2007, both patients were administered simvastatin and either erythromycin or clarithromycin and both developed rhabdomyolysis. They were hospitalized once presenting symptoms of extreme muscle impairment but were able to recover after forty days in the hospital18.

In 2012, the FDA issued a warning that statins could cause memory loss, forgetfulness, and confusion across all age groups taking this medication. The cognitive impairment experienced was frequently described as "fuzziness" or a lack of clear focus when performing daily tasks.

While the studies that showed this did also state that the cognitive impairment lessened or went away after discontinuing the drugs, the FDA still places this warning on all statin drugs to increase awareness of this potential side effect14,19.

Collectively, heart disease and strokes cost the US healthcare system close to $1 billion each day20. There is a growing need for more research into the effectiveness of statins for preventing this disease, as well as into other treatments to help the patients who are unable to take these medications.

6. Shepherd, J. The Role of the Exogenous Pathway in Hypercholesterolemia. Eur. Soc. Cardiol. (2001).

Most Popular In Cardiovascular Disease