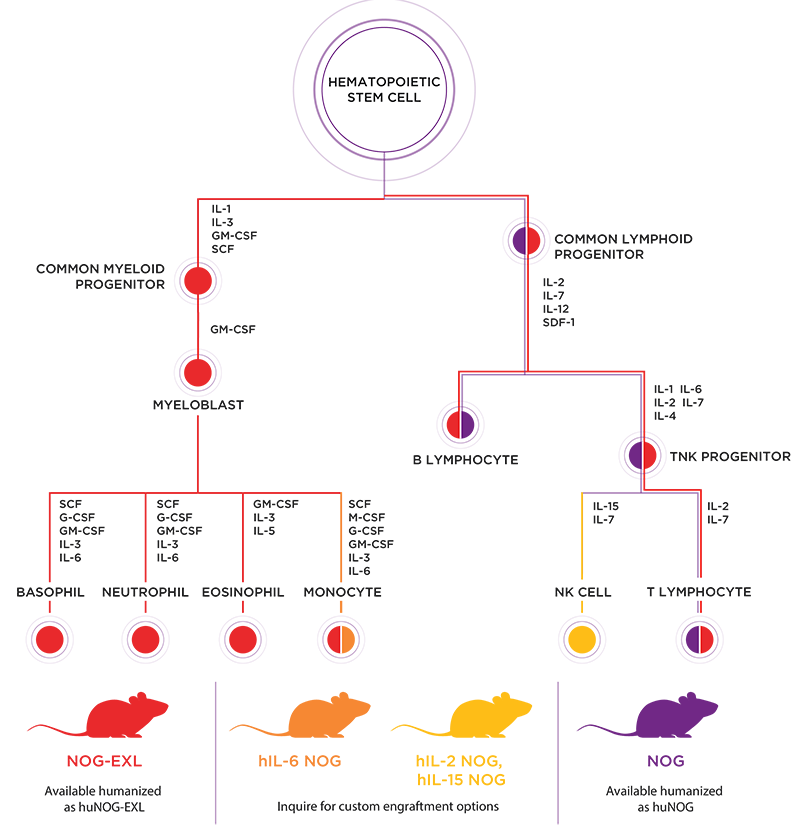 PV: A safe recommendation is that you ensure any conclusions you make based upon studies using human immune system (HIS) engrafted models encompasses data from more than one donor. This may seem an obvious statement, but experienced researchers understand how the decision to halt or begin pursuing a particular path often rests upon data from pilot experiments that may be underpowered and/or only performed once.

HIS models can capture genetic factors from donors that impact the function of the engrafted immune system. Indeed, data suggests some therapies evaluated in humanized models fail due to inherent properties of the engrafted cells, which may be genetic factors found in the general population. This means single-donor studies run a higher risk of false-negative results. Using more than one donor ensures data can be interpreted in the context of individual donors. PV: Not well, and essentially not at all for humoral aspects of immunogenicity.

Furthermore, super-immunodeficient mice like NOG eliminate murine NK cells through loss of IL2Rgamma signaling, which also leads to disruption of secondary lymphoid structures. Accordingly, human B cells that develop from HSCs tend to be immature and fail to produce affinity-selected antibodies.

Watch the Taconic Biosciences' Webinar:
PV: Yes, and the number increases steadily each year. Two examples represented in the webinar are Champions Oncology, a CRO that specializes in PDX models and with extensive experience performing studies with NOG-EXL mice, and Experimental Pharmacology and Oncology (EPO), our collaborators in the study for evaluating PBMC-engraftment in hIL-2 NOG and hIL-15 NOG. Please reach out if you're interested in connecting with investigators from these companies. PV: This question comes up frequently, but we still don't know the answer. A reasonable hypothesis is that one or both models would enhance the support of specific myeloid lineage cells, hopefully without reducing the timeline to graft vs host disease onset. We look forward to seeing or producing data that answers this question directly in the near future. PV: It's important to keep in mind that both models are still relatively new, and the data on their human immune cell reconstitution and function is still limited. Comparatively, we do know that monocyte numbers in the peripheral blood of CD34+ HSC-engrafted hIL-6 NOG mice appear to be significantly higher than in huNOG-EXL. Furthermore, huNOG-EXL mice have enhanced and functional granulocyte engraftment compared to conventional NOG mice, but HSC-engrafted hIL-6 NOG mice appear to be largely devoid of granulocytes.

A proper head-to-head comparison of both models, using HSCs from the same donors, is necessary to accurately compare them. PV: Yes and no. If you're already working with immunodeficient models, then NOG, huNOG, and huNOG-EXL should be well within your capabilities for housing and handling. However, it's important to recognize that NOG mice and NOG variants (even when engrafted with human immune systems) are severely immunodeficient and need to be carefully handled.