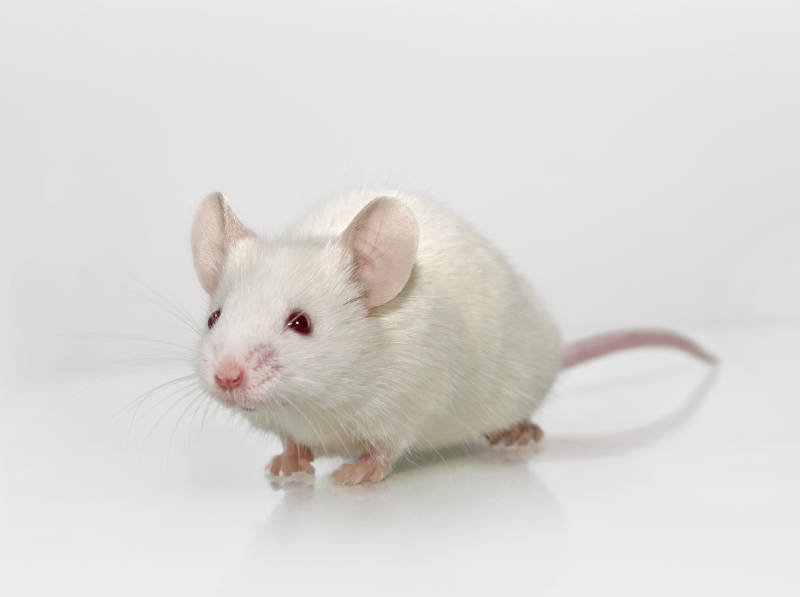 Humanized mice are valuable preclinical tools that enable researchers to perform more translationally-relevant studies. These models are mice that contain functioning human genes, cells, tissues, or microbiota. There are three ways to humanize a mouse: human immune system engraftment into an immunodeficient host, replacement of mouse genes with their human homologues, or transferring fecal microbiota from a human donor into a germ-free mouse1,2. This Insight will review the basics of each technique and highlight some of the advantages and limitations of each approach.

One example of an extremely versatile and severely immunodeficient mouse is the CIEA NOG mouse®, which lacks mature T, B, and NK cells, has dysfunctional macrophages and dendritic cells, and displays reduced complement activity. Initially developed by Mamoru Ito of the Central Institute for Experimental Animals (CIEA) in 2002, the CIEA NOG mouse® has since become a widely used model for immune system humanization3.

To engraft an immunodeficient mouse with a human immune system, either human hematopoietic stem cells (HSCs) or peripheral blood mononuclear cells (PBMCs) are used4. HSC-engrafted mice develop human lymphocytes in the peripheral blood, bone marrow, thymus, and spleen by 12-16 weeks post-engraftment. The main advantage of this type of engraftment is that both B and T cells develop from human stem cells in the mouse host and subsequently undergo negative selection, resulting in immune cells that are not self-reactive and tolerant of the host.

Engraftment with PBMCs, on the other hand, produces a different type of human immune system engrafted mouse. Because PBMCs are mature human cells, Graft-vs. Host Disease (GvHD) begins soon after engraftment. These models are, therefore, useful for shorter studies that can take place immediately. While GvHD development can limit the application of PBMC-engrafted mice to immuno-oncology studies, it can be a valuable model of dysfunctional T cells for autoimmune research. PBMC-engrafted mice have also been used to demonstrate the efficacy of T cell modulating drugs in vivo6.

Humanized genetically engineered models (GEMs) contain one or more human genes that have been inserted into the mouse genome. This can be achieved through either transgenesis or targeted gene replacement (knock-ins). The specific gene that has been inserted into the mouse genome can then be used as a druggable target for in vivo studies, permitting the use of the human therapeutics in preclinical studies. This approach is relevant to immunotherapy development as key targets such as checkpoint inhibitors can be genetically humanized. Genetic humanization can also support improved humanized immune system mice. The NOG mouse has been further improved through the addition of key human cytokines (such as IL-2, IL-3, IL-6, and IL-15), which can facilitate differentiation of certain human immune cell types not otherwise supported by the mouse cytokine versions. Genetically humanized models such as the ones discussed are typically suitable for very specific studies and may not be more broadly applicable. For example, a mouse humanized for PD-1 is only useful for studies targeting the PD-1 pathway and not to evaluate immunotherapies targeting other mechanisms.

Recent studies have demonstrated that the gut microbiome is a key factor in determining a host's response to cancer treatments such as immunotherapies. Therefore, the influence of the microbiome on immune system development is a new humanization strategy that must be considered. Because laboratory mice are kept in relatively sterile conditions, they do not contain the same microbial diversity present in the human gut. Germ-free mice that develop without any gut microbiota are therefore especially useful since they are blank slates that can be used to host a human microbiome. Fecal microbiota transplants (FMT) from human donors are orally-gavaged into germ-free mice, resulting in the establishment of a human-derived microbiome in the mouse. The immune systems in the resulting mice and their offspring develop in the context of the human gut microbiome and may be more translational.

Despite the advancements made in drug development in recent years, the success rate of drugs progressing through all phases of clinical trials remains low. There are many reasons for this, one of which is a lack of preclinical animal models that accurately mimic the interaction between a drug and a human response. Improving the translatability of animal models is, therefore, a key focus of researchers and model generation companies, alike. Most off-the-shelf mouse models can be used in drug discovery but do not contain key human targets relevant to drug discovery. Humanization has altered this landscape by enabling the study of human targets and responses in mouse models. The three approaches for humanization mentioned in this article are all viable options, with each one best suited for its own project.