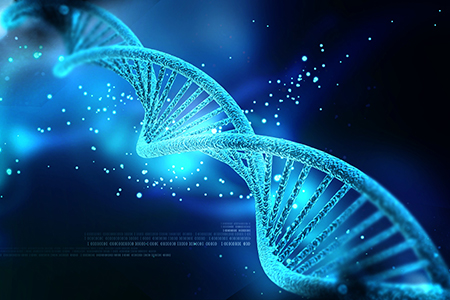 The first genetically-modified mouse capable of transferring its modified genome to offspring was developed in the early 1980s. Since then, multiple genetic modification techniques have been developed to modify rodent genomes and are still commonly used today.

Random and targeted transgenesis are commonly used today to study the effects of incorporating exogenous DNA for the purposes of expressing proteins not normally present in mice and rats, while RNA interference (RNAi) has been used to silence specific genes without deletion from the genome. The "gold standard" technique for incorporating long, complex sequences utilizes homologous recombination in embryonic stem cells. Newer technologies, like CRISPR/Cas9 and Easi-CRISPR, induce genetic modifications with much faster timelines than traditional methods.

While the term "transgenic mouse" is generally used as catch-all for any genetically-modified mouse, there are two specific techniques commonly used to incorporate foreign DNA into the mouse genome that fall into this category. Random transgenesis refers to the introduction of exogenous DNA into the pronucleus of a zygote, while targeted transgenesis is the introduction of DNA into a specific, known genomic locus.

Pronuclear injection (PNI) is a process used for creating random transgenic mice. Fertilized eggs (zygotes) at the single-cell stage are collected from female mice and a DNA construct is microinjected into one of the pronuclei. Once the zygotes have been modified with foreign DNA, they are implanted into pseudopregnant foster females. Depending on the success of the DNA incorporation, usually 10 - 20% of the offspring will contain the transgene1. This results in the random integration of the gene, also referred to as a gain-of-function for the transgenic mouse.

Advantages and Disadvantages of Random Transgenesis

This technique is especially useful when studying the effects of over-expressing a specific gene to monitor higher-than-normal protein levels. Diseases that may result from copy number variations could potentially be studied utilizing the over-expression of transgenes in mice2.

However, as the name "random transgenesis" implies, introduction of the inserted gene into a random locus could cause unwanted mutations. Additionally, the random insertion could cause genes flanking the insertion site to be silenced unpredictably.

Targeted transgenesis is the incorporation of exogenous DNA at a known, predicted location in the genome. The location is achieved by designing a DNA vector with a specific promoter that will land in a known, pre-determined spot in the genome. This known location is referred to as a "safe harbor" locus, in that it can accomodate foreign DNA with inducing potentially-harmful alterations of the genome. ROSA26 is a very commonly used safe harbor locus by model generation companies.

Advantages of this technique include the certainty that the inserted gene will be present at one, predicted location in the mouse genome. Additionally, the chances of silencing by DNA methylation are much less than when using random integration transgenesis.

RNA interference (RNAi) is the general term which refers to a natural process of degrading messenger RNAs (mRNAs) through complementary RNA-RNA binding events. These binding events occur naturally inside the cell, as RNAi is an essential process for post-transcriptional regulation.

In order to utilize this endogenous system for research purposes, a double-stranded RNA (dsRNA) is designed to target an mRNA of interest and subsequently designed into a DNA vector for transfection into cells. Once transcribed, the resulting dsRNA activates the endogenous RNAi pathway, binding to and degrading the target mRNA. In many cases, the vector contains a sequence that allows for inducible expression of the dsRNA through the addition of antibiotics. When an antibiotic is added to the water supply of an animal containing this type of sequence, RNAi is allowed to proceed. Withdrawl of the antibiotic has the converse effect. This allows for the technique to be inducible and reversible.

Since the gene of interest is not removed by this process, RNAi is used for the creation of knockdown mouse models instead of knockouts.

Two disadvantages of this method for genetic engineering are the possibility of off-target effects or incomplete knockdowns of the target gene.

Homologous recombination is a natural cellular process that occurs to repair double-stranded breaks in DNA3. Capecchi, Evans, and Smithies — recipients of the 2007 Nobel Prize in Physiology or Medicine4-6 — first hijacked this naturally-occurring process to introduce foreign DNA into a mouse in the 1980s.

To incorporate foreign DNA, embryonic stem cells (ESCs) are isolated from the inner cell mass of a blastocyst and exogenous DNA is transfected into them. Post-transfection, the ESCs that have successfully incorporated the foreign DNA undergo positive selection through the addition of an antibiotic to the culture medium. There is a chance that some of the surviving cells incorporated the DNA, but at a random locus, in which case, negative selection via an antiviral can kill off the cells that still contain the viral gene from the original plasmid vector. The resulting ESCs successfully incorporated the foreign DNA via homologous recombination and are injected into a donor blastocyst which is placed into the uterus of pseudopregnant foster mothers.

Offspring produced at the stage are known as chimeras, which are the first mutant generation of offspring. Chimeras will contain tissues that are either derived from the modified ESCs injected into the blastocyst or from the native ESCs in the blastocyst7,8. Traditionally, the contribution of the modified ESCs to the tissues of the animal is measured by evaluating the fur color of these chimeras; and subsequently certain chimeras are selected for breeding to increase cohort size.

To understand why CRISPR is better suited for certain genome modifications than other techniques, one needs to understand the basics of the CRISPR/Cas9 system. CRISPR (clustered regularly interspaced short palindromic repeats) refers to a family of DNA sequences originally discovered in prokaryotes. The Cas9 molecule refers to a CRISPR-associated protein 9, which is a nuclease that cleaves both DNA and RNA.

Much like the utilization of RNAi for gene editing, researchers have been able to customize the CRISPR/Cas9 system for in vivo use in laboratory animals. In order to target the correct genomic location, CRISPR RNAs (crRNAs) and trans-activating RNAs (tracrRNAs) are designed and complexed with the Cas9 protein. In some cases, a single-guide RNA (sgRNA) is used instead of the combination of the two RNAs to achieve the same goal. The resulting RNA-protein complexes are then microinjected into zygotes. The offspring are termed "founder animals", which are used to subsequently increase the size of the cohort of genetically-modified mice.

Possibly the most significant advantage of this technology is the ability to bypass the labor-intensive process of complex gene targeting vector design and ESC manipulation described previously. This decreases the time and cost of model generation greatly.

Additionally, CRISPR/Cas9 is not limited to rodents of a specific strain or genetic background, since ESCs are not needed.

While many researchers are eager to use this technology, it is unfortunately not suited to all genomic insertions. Knockouts with CRISPR are fairly straightforward, while gene knock-ins are restricted to certain lengths. The longer the genetic sequence that needs to be introduced, the higher the error rate and fewer chances that it will be successfully incorporated.

As described previously, the CRISPR/Cas9 system does not perform well when attempting to insert large DNA sequences or replace existing genomic sequences. However, the advent of efficient additions with ssDNA inserts-CRISPR (Easi-CRISPR) in 2017 addressed this issue by utilizing long ssDNA donors for genomic insertion and deletion.

These donor sequences can range from 500 nt - 2 kb and have been shown to deliver targeted insertion with high efficiency10. An advantage of Easi-CRISPR is the fact that the long ssDNA donor sequences do not randomly integrate into the genome, as has been seen with short dsDNA sequences. Additionally, these donors are much better templates for homology-directed repair than traditional CRISPR sequences.

While Easi-CRISPR sounds like a great improvement to the base CRISPR technology, ensuring that the very long ssDNA sequence is of high quality and fidelity is a must. In order to create this DNA sequence, RNA is generated and reverse-transcribed by viral RNA-dependent DNA polymerases. Unlike DNA-dependent polymerases, these enzymes are error prone and lack proofreading capabilities. This leads to sequences with possible mutations, which could potentially compromise the resulting animal model with the inserted gene.