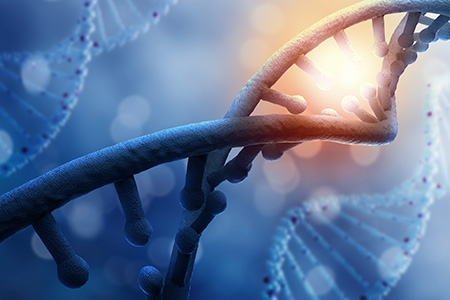 Four years after the debut of CRISPR/Cas9 in mouse genetics, it is time to start drawing some conclusions on its performance, advantages, and limitations as a genome engineering technology1,2,3.

Arguably, the most important advantages of CRISPR/Cas9 over other genome editing technologies is its simplicity and efficiency.

Since it can be applied directly in embryo, CRISPR/Cas9 reduces the time required to modify target genes compared to gene targeting technologies based on the use of embryonic stem (ES) cells. Improved bioinformatics tools — to identify the most appropriate sequences to design guide RNAs — and optimization of the experimental conditions enabled very robust procedures which guarantee successful introduction of the desired mutation.

Limitations of the CRISPR/Cas9 System

The molecular mechanism exploited to insert DNA fragments (e.g. cDNAs) is mediated by DNA repair machinery activated by the double strand break introduced by Cas9. Since the scope of the DNA repair system is not to integrate DNA fragments in the genome, targeted alleles often carry additional modifications, such as deletions, partial or multiple integrations of the targeting vector, and even duplications6,7,8.

Secondary unwanted mutational events at the target locus plague standard ES cell based projects as well, and researchers have learned how to avoid generating mice carrying passenger mutations. To identify the correct recombination events in ES cells, most laboratories use a combination of positive and negative selection procedures and validation procedures aimed at detecting additional mutations at the target site.

When performing the CRISPR/Cas9 procedure directly on embryos, on the other hand, it is impossible to select for the desired event, greatly limiting the possibility to identify the desired allele. Moreover, the mosaicism observed in founder mice generated using the CRISPR/Cas9 approach makes the identification of unwanted genomic modifications at the target site very challenging6,9,10.

CRISPR Performance in the Field

CRISPR/Cas9 in embryos works extremely well for the generation of simple alleles such as constitutive knockout and knock in of point mutations1,6, but is not the technology of choice for the introduction of more complex modifications relying on homologous recombination over larger regions, such as introduction of paired loxP sites or cDNAs.

Although Taconic Biosciences and others have been successful in introducing complex modifications in the mouse genome using CRISPR/Cas9 in embryos6,11, the complexity of the genome editing and validation procedures for these projects can result in increased timelines and costs, reducing or even canceling out the intrinsic advantages of the technology.

To harness the full potential of CRISPR/Cas9 to modify the mouse genome, an intriguing option is to take a step back and use it to genetically engineer ES cells rather than embryos.

The main advantage of using CRISPR/Cas9 in ES cells, compared to the traditional gene targeting approaches, is that Cas9-induced DNA damage increases the frequency of homologous recombination events by many order of magnitudes. As a consequence, there is no need to identify ES cell clones carrying the modified allele, which streamlines procedures for generating the targeting vector, ES cell screening, and validation.

By isolating clonal populations of cells, it is possible to avoid mosaicism and perform in-depth quality control procedures to verify that the modified allele does not carry any passenger mutations. Since no selection marker cassettes are present in the targeted ES cells, chimaeras derived from the validated clones can be directly used in rapid colony expansion to expedite the generation of mouse models.

CRISPR/Cas9 genome engineering technology has provided researchers with an invaluable tool to accelerate the generation of mouse models for biomedical in vivo research. The furious pace of CRISPR development, combined to its versatility and ease of use, have already left a mark in the field of molecular genetics. Its combination with established technologies will greatly expand opportunities for the generation of new and valuable genetically engineered mouse models for basic and translational research.

6. Webinar: The Evolution of CRISPR/Cas9 in Mouse Model Generation.