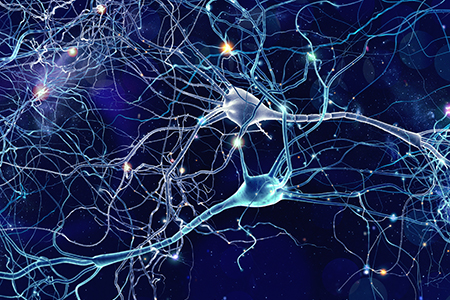 The Parkinson's Progression Markers Initiative (PPMI) was launched in 2010 with the goal of identifying new biomarkers involved in PD development and progression. As of 2018, the PPMI completed the enrollment of 1,400 participants with 600 rare genetic mutations. A critical part of this initiative is in the collection, storage, and distribution of PD biosamples. The study has established the most robust database of PD specimens and associated data and has received over 100 specimen requests thus far3.

Role of Inflammation in PD

Biomarkers for Inflammation in PD

In PD, the use of inflammation as a biomarker can be studied to inform treatment regimes. Inflammation can be used in two ways: to determine if a person might be prone to developing PD, and to assess the efficacy of treatment of symptoms of PD.

Inflammation is a complex process with multiple molecular pathways contributing to its onset and progression. There are several ways to monitor neuroinflammation with the most common technique being brain scans through PET imaging. Specific markers identified through a PET scan can detect neuroinflammation in the central nervous system (CNS). However, markers of neuroinflammation may also present themselves in the periphery (blood, urine, saliva, etc.), which would enable the study of PD progression in a less-invasive manner.

The PPMI has funded a number of projects to identify inflammation biomarkers that could potentially be used in a non-invasive diagnostic assay for PD, several of which have been supplemented for follow-on funding. While these projects required the use of human samples and enrolled both healthy and PD patients in clinical studies, rodent models have been essential to the progression of research in this field. These animal models are often directed at elucidating the involvement of specific disease pathways.

Two key mouse models used for studying PD are the Rab29 Overexpression Mouse and the LRRK2 Targeted Replacement Mouse. The LRRK2 mouse includes a human G2019S point mutation in exon 41 of the mouse LRRK2 gene. The G2019S alpha-mutation has been linked to the development of both sporadic and familial PD6. In patients, the G2019S LRRK2 mutation is an autosomal dominant mutation that leads to a pathology that is similar to that observed in idiopathic PD. The Rab29 mouse model adds an additional benefit to PD researchers due to the involvement of the Rab29 GTPase in stimulating LRRK2 activity7. Together, both play a role in vesicle trafficking and maintaining the endosome-trans-Golgi network structure.

Role of α-synuclein in PD

Many GEMs have been created to overexpress the human α-synuclein (αSyn) protein, including key models such as the Human Alpha Synuclein Rat, Human Alpha Synuclein A53T Rat, and Human Alpha Synuclein E46K Rat. While multiple research groups have successfully used these models for PD research, consistency in experimental results remains a key issue. Utilizing αSyn pre-formed fibrils (αSyn PFFs) is the main focus of study right now, as these types of models extend pathology and applications beyond previous transgenic αSyn models8. To better replicate and understand the implications of experimental results, the microbiome must be considered, as the microbiome is increasingly cited as a potential contributor to neurological conditions and neurodegenerative diseases.

In 2006, Heiko Braak proposed a physical connection between the gut and the brain resulting in αSyn transport between locations9. Since then, multiple studies have been published linking the development and progression of PD to the gut-brain axis, as well as the transfer of αSyn through the vagus nerve to the brain10-12.

The composition of the gut microbiome can serve as both an early biomarker and a potential therapeutic option when treating PD. The microbiome and inflammation pathways are intimately connected, as evidenced by an unbalanced gut microbiota and the development of inflammatory conditions such as inflammatory bowel disease (IBD).

In a paper published in Neuron in 2019, a research team led by Ted Dawson from the Johns Hopkins School of Medicine, tested Braak's initial hypothesis in a novel gut-brain αSyn transmission mouse model. In brief, the researchers injected mouse αSyn PFF into the muscle layers of the pylorus and duodenum, as these locations are highly innervated by the vagus nerve13. Mice were monitored for up to 10 months after this injection and immunoblot analysis over the course of the study indicated that αSyn was found in the medulla oblongata, pons, amygdala, ventral midbrain, hippocampus, stomach, and duodenum. A significant loss of dopaminergic neurons was also observed. Multiple tests were conducted to assess the behavioral response to spatial learning, fine motor dexterity, cognition, and emotional state. When compared to controls, the experimental mice displayed multiple cognitive impairments such as memory loss, social deficits, anxiety, depression, and disruptions in normal gastrointestinal function14.

Taken together, these research efforts demonstrate a crucial role for the microbiome on the development and progression of PD. Mouse and rat models are expected to be critical tools in continued research on the role of microbiome in PD as well as other aspects of this disease.