AcceptShow Options
NEW MODEL: Jh mouse on B6 background Learn More
eTACONIC
Michael Seiler, PhD
Friday, January 15, 2016
Facebook  Twitter  Linkedin  print  rss
In a press conference on August 20, 2015, former US President Jimmy Carter announced that he was diagnosed with stage four, metastatic melanoma. During the press conference President Carter revealed that the cancer had spread to his liver and brain, and while inoperable, he was undergoing aggressive last-line treatment. 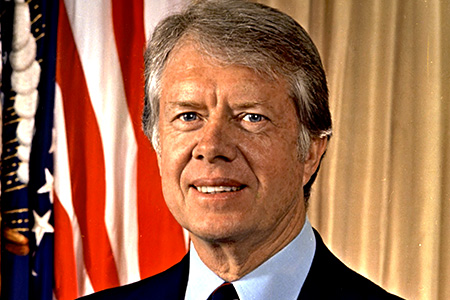 He remained steadfast and optimistic, yet the meaning of this historically dire prognosis was clear to those familiar with similar forms of malignant melanoma. Throughout that August press conference, President Carter continued to detail the therapies he would receive, including a new class of immuno-oncology therapies. One of those he received was a new drug released in 2015 called Pembrolizumab, also known as Keytruda®, developed by Merck.

On December 6, 2015, President Carter issued a press release stating "My most recent MRI brain scan did not reveal any signs of the original cancer spots or any new ones. I will continue to receive regular 3-week immunotherapy treatments of pembrolizumab."

To be sure, the encouraging report is likely due to the world class treatment strategy combining many elements beyond just a single immunotherapy. Yet this treatment course, guided by physicians at pioneering research centers in melanoma and immunotherapy at Emory University, MD Anderson Center in Houston, Texas, the National Cancer Institute, Sloan Kettering, and others, reflects the substantial impact these emerging immunotherapies now have on the standard treatment of once terminal illnesses. Undoubtedly the field of immuno-oncology will continue to grow with new treatments of this class on the way. Amidst this growth, a new discovery platform enabling unprecedented human immune system modeling has emerged.

Taconic Biosciences' human immune system engrafted models have been used to model the anti-tumor efficacy of new drugs as seen in the clinic. At the 2015 Tumor Models conference in Boston, Merck scientists presented on their efficacy studies using Keytruda® , the very same treatment administered to President Carter, to treat huNOG mice engrafted with patient derived xenografts of melanoma and non-small cell lung carcinoma. In the presentation, Merck scientists concluded that Pembrolizumab (Keytruda) significantly inhibited the growth of tumor xenografts in huNOG mice.

To those in the field of discovery immuno-oncology, this is a welcome example of similarities in tumor regression between the clinical course, and a cutting edge rodent model of human immune function. While the well-established use of syngeneic models have been used to complement these findings, the use of human immune system engrafted animals for this purpose takes a progressive leap forward in enabling drug testing on human cell targets with measurable outcomes on human immune cell function.

The huNOG-EXL mouse has higher overall engraftment levels of human hematopoietic stem cells (HSC) compared to the core NOG mouse and has higher levels of myeloid cell differentiation. They have been used to study human allergic responses and are gaining in acceptance for applications in cancer, infectious disease, immuno-biology,and regenerative medicine research.

Taken together, these models promise to unlock the previously unattainable possibility to model efficacy of combined immune targeting therapies and to explore diverse mechanistic considerations in a rodent model that more closely reflects human immune responses.