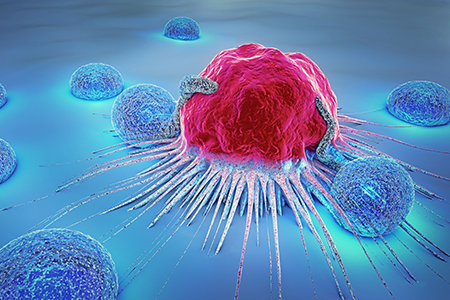 Biologics drug discovery is clearly on the rise as evidenced by the growing number of drug approvals in this therapeutic category. During 2018-2019, the US Food & Drug Administration (FDA) Center for Drug Evaluation and Research (CDER) approved 27 new biologic drugs compared to 19 approved in the previous two-year period1. Biologics also make up an increasing percentage of R&D pipelines; per the 2019 Pharmaprojects Pharma R&D Annual Review, biologics represented four out of 10 drugs in the pipeline in 20192.

Advantages and Challenges of Biologics

The increased investment in biologics has been fueled by their inherent advantages. Because they tend to be highly specific to their targets, biologics generally have fewer side effects, lower toxicity, and a lower incidence of drug-drug interactions as compared to other therapies. For reasons like these, they have proven more successful in the transition from preclinical research to the clinic. One study suggested that biologics are three times as likely to reach the market as small molecule drugs3.

Notwithstanding their advantages and clinical track record, biologics present obstacles in the preclinical research phase. In particular, their drug specificity can limit or even eliminate relevant therapeutic biology in non-humans, spurring investigators to use biologic surrogate drugs instead or develop genetically engineered mice that express the requisite targets. A faster approach, and one that is potentially more cost-effective, is to employ HIS mice in biologics drug discovery.

HIS mice are engrafted with either a single type of human immune system cell or a broad spectrum of such cells from different lineages. These cells can be sourced from mature populations, which is the case with peripheral blood mononuclear cells (PBMCs), or a progenitor population that differentiates in the mouse host, such as human CD34+ hematopoietic stem cells (HSCs).

HIS models are based on severely-immunodeficient hosts, such as the NOG mouse, to support efficient engraftment of human immune cells and other foreign cells, including human cancer cell lines and patient-derived xenografts (PDXs). To support a broad set of human immune cell types, HIS models may be based on an immunodeficient host that is engineered to express human cytokines, which serve as necessary differentiation signals for human cells. One such example, the NOG-EXL, possesses the human cytokines hGM-CSF and hIL-3, both transgenically expressed to support improved myeloid-lineage cell engraftment from CD34+ HSCs4.

Though HIS models are most frequently used in oncology drug studies, most disease states that can be induced in a naïve host can be studied in a HIS model. These research tools have been used to develop disease models of colitis5 and rheumatoid arthritis6 and can be used in research on human-specific infectious diseases, including HIV7.

HIS Model Applications in Biologics Research

Dr. Paul Volden, Associate Director, Product Management, authored an article on the use of HIS models in biologics drug discovery in Drug Target Review:
Because HIS models can function as models of human disease, facilitate human cell and tissue engraftment, and harbor the many varied human molecules expressed by the engrafted human components, they help to overcome the challenges of studying human-specific drugs in vivo. A HIS model can serve as an effective alternative to sourcing a genetically engineered model (GEM) that expresses a drug target or developing surrogate test articles. However, even when these materials are available, there may be applications where HIS models are preferable.

Prostate cancer modeling is one such application in which HIS models have demonstrated an improved ability to mimic essential clinical responses. In using a NOG mouse model of metastatic prostate cancer, researchers at The University of Michigan observed worse outcomes from the use of anti-androgen therapy, which is considered the standard of care (SOC). This experience is similar to the outcomes seen in xenograft and syngeneic prostate cancer models that receive the SOC treatment8. However, when the same investigators administered the SOC treatment to NOG mice with a human immune system, the response was both positive and similar to the response in humans. In HIS mice generated using material from multiple donors, the anti-androgen therapy significantly reduced prostate cancer metastases9.

A HIS model performed similarly in research on a cell-based oncology treatment, reproducing the type of response seen in the clinic10. Investigators evaluated adoptively-transferred tumor-infiltrating lymphocytes (TILs) in mice with TIL-autologous tumors obtained from patients who received adoptive cell transfer treatment, including both responders and non-responders. Human IL-2 cytokines were present in sufficient concentration to reproduce a patient's clinical response to adoptively-transferred TILs. Further, TILs transferred from non-responders had no significant anti-tumor effects in the HIS mice, regardless of human IL-2 levels, while TILs transferred from responders produced a robust response in HIS mice with sufficient human IL-2 concentrations.

Research outcomes like these point to the important role HIS models may play in advancing precision and personalized medicine, as they can effectively serve as patient avatar models.

HIS mouse models also have proven valuable in drug safety studies11-12, a research application fraught with clinical-stage failures. Toxicity studies on TGN1412 serve as a prime example. TGN1412 induced severe cytokine release syndrome (CRS) in the clinic, despite showing no significant side effects in non-human primates even at doses nearly 400 times those used in the original trial. The experience in HIS mice was much different: It took just hours for lethal CRS to occur after administering clinically relevant doses of the drug candidate11.

Selecting the Right HIS Model

Once these factors have been considered, a few HIS models will likely emerge as suitable candidates — typically those established using human HSCs, human PBMCs, or isolated immune cell populations. Each HIS model candidate will vary in terms of the properties conferred by the host, which is a key differentiator and an important consideration. Hosts that express human cytokines, including the NOG-EXL, can enhance cell engraftment and/or the functional properties of certain cells. Hosts in which certain murine genes have been deleted can help to facilitate human cell engraftment or overcome limitations of other hosts.

Whether a property conferred by the interaction of the host and engrafted cells is negative or positive depends on the study goals and constraints and the model's application. For example, while it might seem advantageous to use a model with a broad spectrum of immune cells, in studies focused on a small number of immune cell types, it may be sufficient to use a HIS model that supports only those cell types, saving time and expense.

When choosing the most relevant HIS model to suit a study's objectives, it can be useful to seek guidance from a third party, such as the model provider or a contract research organization (CRO). A CRO may have data that is relevant for a particular HIS disease model (such as take rate and kinetic data for xenografts) or data on tumor infiltration by immune cells.

As investment in biologics drug discovery continues to accelerate, there will be a corresponding increase in the need for models that empower this preclinical work and help to overcome the challenges of biologic specificity. HIS models will play a pivotal role in providing a solution, enabling efficient development of in vivo systems with druggable human targets. By functioning both as partially-human hosts and unique human disease models, HIS mice will continue to enhance the growing field of precision medicine by expanding what is possible in preclinical research.

3. Philippidis A. Studies Suggest that When It Comes to Drug Development Success, Size Matters. Genetic Engineering and Biotechnology News. April 9, 2012.

Case Study: Variance and its Implications on Study Design in the use of a Humanized Immune System Mouse Lung
Cancer Model