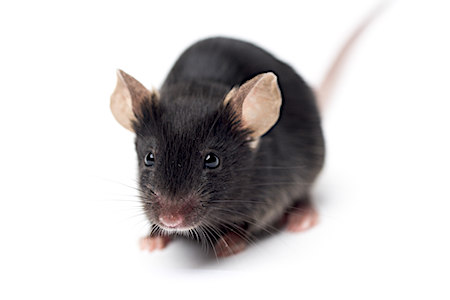 Mice remain the most utilized animal model within microbiome research. The advantages of using mouse models are clear with regard to homogenous genetics, accessibility to germ-free, mutant and/or transgenic models, a comparable physiology and the relatively low cost of performing studies. In addition, the use of mouse models has been key in landmark studies determining the role of the gut microbiota in various diseases. Despite the clear benefits to using mouse models, there are caveats affecting translatability that include gross anatomy, compositional differences of the gut microbiota between humans and mice, and environmental factors that may confound studies.

One key difference is the tendency of laboratory mice to continuously self-inoculate themselves with fecal microbiota through the practice of coprophagy. This behavior has been documented in multiple studies ranging from germ-free to conventional mice1,2. However, little attention has been given to the impact of this behavior on gut microbiota structure and function. In a recent manuscript by Bogatyrev et al.3, researchers aimed to evaluate the effects of this behavior on microbial loads, composition and function in the upper gastrointestinal tract.

The small intestine is the primary site for enzymatic digestion and nutrient update, immune sampling and drug absorption in the human gastrointestinal system. Due to its large surface area it is likely that this serves as a broad interface for host-microbe interactions. To determine the impact of repeated self-reinoculation of fecal microbiota, the researchers focused on answering three key questions:

To address these questions, the researchers started by cohousing standard C57BL/6 laboratory mice together before fitting some animals with 'tail cups' known to prevent coprophagy and analyzed gastrointestinal samples from coprophagic or non-coprophagic mice. The researchers found striking differences between these two groups of mice.

The researchers found that when mice are prevented from coprophagy there was a decreased microbial load in the upper gut compared to control animals who were allowed to continue to self-reinoculate. Preventing coprophagy with the use of 'tail cups' decreased the luminal microbial loads in the small intestine but not in the lower gastrointestinal tract (i.e. cecum) as measured by 16s gene copies.

To determine if changes in microbial density and composition were associated with a higher inferred microbial functional gene content, Bogatyrev et al. focused their analysis on microbial functions that would be highly relevant to small intestinal physiology namely bile acids. They found the levels of gene orthologs, implicated in the modification of bile acids and other bioconjugates, to exist in a dramatically higher abundance in the upper gastrointestinal tract of coprophagic mice than in non-coprophagic mice. Given that several differences were observed in the small intestine microbiota of these experimental mice, they researchers then evaluated if this would lead to alterations in bile acid profiles within the gastrointestinal tract. The found that in non-coprophagic mice, significantly lower levels of unconjugated bile acids were found across all sections of the gut compared to coprophagic mice. Nearly 100% of the total bile acid pool remained in a conjugated form in the small intestine of non-coprophagic mice. This finding clearly demonstrates an impact on biochemical function when preventing a prevalent mouse behavior.

In addition to demonstrating the impact of self-reinoculation of fecal microbiota, the non-coprophagic model may likely bring additional value to researchers assessing the impact of the microbiome, highlights important considerations and warrants further experimentation. The authors note that due to the predominance of Lactobacilli, numbers of microbes reduced by several orders of magnitude, and a comparable bile acid profile within the small intestine of non-coprophagic mice may make for a model more relevant to humans. The findings here are also important for evaluating probiotics as coprophagy could lead to inconsistencies in dosing regimens. Finally, investigators utilizing human microbiota associated mice, whereby germ-free mice are administered a fecal microbiota transplant (FMT) should note that self-reinoculation can result in a compositional similarity between small and large intestinal microbiota which is in contrast to differences observed between these sites in humans and primates5,6.