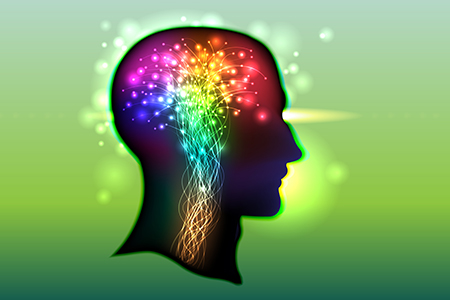 In a recent Cell publication, a team led by Timothy Sampson and Sarkis Mazmanian of Caltech showed that gut microbiota can promote inflammation of neurons and motor deficits in a human α-synuclein mouse model of Parkinson's disease.

Connecting Parkinson's Disease and the Microbiome

Emerging data suggest bidirectional communication between the gut and the brain in anxiety, depression, nociception, and autism spectrum disorder1,5,6. Much has been postulated over the years about how this works and to what extent the brain influences the gut and more recently how the gut influences the brain. A number of studies have shown behavioral changes associated with gut microbiota dysbiosis, but no cause and effect.

We know Parkinson's disease (PD) is a multifactorial disorder with a strong environmental component, as less than 10% of cases are hereditary2, but specific causal factors have been elusive.

These PD mouse models enabled the team to isolate which specific gut bacteria are required for motor deficits, microglia activation, and αSyn pathology. They also found that antibiotic treatment ameliorates, while microbial re-colonization promotes, pathophysiology in adult animals, suggesting that postnatal signaling between the gut and the brain modulates disease.

The study authors also conducted a fecal microbiota transplant from PD patients to αSyn-overexpressing mice and observed an enhancement of physical impairments compared to microbiota transplants from healthy human donors. The findings reveal that gut bacteria regulate movement disorders in mice and suggest that alterations in the human microbiome represent a risk factor for PD4.

The authors noted that "fecal microbes from PD patients impair motor function significantly more than microbiota from healthy controls when transplanted into mice. Together, these results suggest that gut microbes may play a critical and functional role in the pathogenesis of synucleinopathies such as PD."

This study reveals how the gut microbiome plays a role in the gut brain axis and is significant in that it shows causality of PD phenotypes when PD patient microbiota was transferred into α-synuclein transgenic mice.