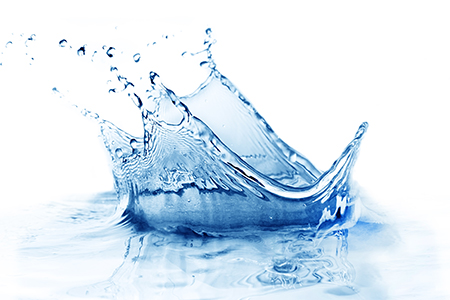 Most researchers know the pain of trying and failing to replicate a published experiment. This can result from something as simple as a poorly written methods section, in which important experimental details have been omitted.

Barnett and Gibson recently called out the importance of an in vivo experimental detail that is commonly left out and could alter the experimental performance of your research animals: subtle differences in water treatment between animal model facilities.

Barnett and Gibson reviewed 76 primary research articles and found that only 14% reported enough detail on the water used for another researcher to replicate the study. The Guide for the Care and Use of Laboratory Animals states that research "[a]nimals should have access to potable, uncontaminated drinking water" but does not specify which water treatments should be used. Treatment processes can vary quite a bit from facility to facility, with a range of possible effects on the experimental performance of research animals.

As Barnett and Gibson indicate, "Treatments such as autoclaving, hyper-chlorination and acidification are performed with the intent of inhibiting bacterial growth. However, this may affect the bacteria within the gut of these animals and in fact may alter the phenotype of the animal being studied1."

Acidification is commonly used to prevent growth of bacteria such as Pseudomonas spp. but can also kill other Gram negative bacteria such as Bacteroidetes, which comprises a major proportion of the murine microbiome. The authors discussed several specific examples of neutral versus acidified water affecting disease phenotype and gut microbiome composition, including in NOD mice and Muc2 knockouts1.

Barnett and Gibson also discussed vendor differences in water source. They report that Taconic Biosciences and Charles River Laboratories use filtered and hyperchlorinated water*, whereas the Jackson Laboratory (Jax) uses acidified water. According to the authors, "Perhaps on a related note, Jax® animals are often cited as having a radically different microbiome compared to mice obtained from Charles River or Taconic1."

While drinking water cannot be standardized from facility to facility, Barnett and Gibson call for better reporting by microbiome researchers on water source and treatments in future publications as well as consideration of commercial animal vendor differences in water treatment when sourcing animals for microbiome studies1.

Hyperchlorination serves to reduce the potential for Pseudomonas spp. growth, but this is resolved by autoclaving and so hyperchlorination is not used for water which is subsequently autoclaved.