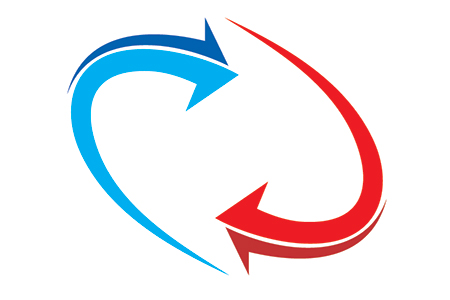 While developing a low-cost alternative to traditional gnotobiotic isolators, a team of researchers at Case Western Reserve University (CWRU) were able to characterize cyclical changes in the microbiomes of gnotobiotic mice. Their research has implications for both the design and affordability of gnotobiotic animal model research.

Isolators are the gold standard for rearing germ-free mice, but it is sometimes difficult to justify their cost. Setting up a gnotobiotic facility using traditional isolator methods will cost over $10,000 dollars. Moving to more advanced technology, such as an IVC designed for germ-free work, will set you back $50,000.

IVCs are gaining in popularity for Fecal Microbiota Transfer Studies (FMT) studies. With limited research dollars available, that equipment is often out of reach.

CWRU researchers published a paper in Nature Scientific Reports where they show a robust system to house germ-free or associated mice using common laboratory caging systems. They have dubbed their system "NesTiso" (ne-stee-zoh).

It is a simple concept: Take a mouse filter-top cage and place it inside a rat filter-top cage. Plastic stretch film is used to hold the spunbonded polyester non-HEPA filter lids22 (Reemay) filter lids in place.

To prove their solution, extensive studies were conducted. They used germ-free SAMP1/YitFc and C57BL/6 mice as well as germ-free Swiss Webster mice from Taconic Biosciences. Over a two-year period, they logged 23,360 germ-free cage days, with cage changes every ten days in a biosafety cabinet.

The team reports 99.9% for isolation efficiency, with an impressively low 0.10% risk of environment-to-cage contamination and 100% prevention of cage cross contamination of microbes. The chances of picking up a contamination in the NesTiso system was equivalent to maintaining cages in an isolator.

Long term survival was examined by breeding and maintaining germ-free mice for up to seventy-two weeks of age. At that time, mice were either removed for experiments or died due to age-related causes. The longest study of germ-free mice housed outside of an isolator is twelve weeks, as reported by Hecht1 and Paik2.

Next, the CWRU team wanted to assess how well their caging system fared in FMT studies. Using material from a healthy human donor, they performed FMT into germ-free mice. They collected fresh fecal samples from ten mice at two, eleven, and twenty-one days post-FMT. Using 16S rRNA microbiome analysis, they demonstrated the microbiome profile of the mice matched the human donor profile, even twenty-one days later.

During their study, the researchers examined bacteria in cages using SPF mice and corncob bedding. They discovered a cyclical microbiome bias present in the cage bedding. Their findings concluded that corncob bedding favors the enrichment of fecal murine Bacillales, Burkholderiales and Pseudomonadales. They observed that different levels of bedding soiledness can result in different fecal colonization patterns in germ-free mice.

Fast-growing bacteria can persist in cages over several cycles of cage changing, while slow growing microbes become extinct. This resulted in periodicity, influencing cyclical microbial selection. The timing of cage sampling will have an influence on which organisms are detected. From a practical perspective, one might consider collecting samples on the same day after a cage change.

The researchers conclude that "if ignored, cyclical bedding-dependent microbiome alterations could have unpredictable confounding effects on the interpretation of phenotypic results...including the unpredictable consequences of microbiome imprinting of newborn pups...As a potential solution, we previously developed a fecal homogenization protocol, where all experimental animals housed in various cages are exposed to the entire pool of gut microbes harbored in the feces of all experimental mice and bedding of all cages" (Roderiquez-Palacios 2015 and 2015).

During this study, they also observed co-housed mice had varying microbiome patterns. They screened eighty SPF mice, determining that up to 70-80% of cages housing two or more mice had greater than one or two individual mice with differing microbial profiles. Contrast this to the perceived idea that co-housed SPF mice will have identical microbiome patterns.

They observed this same phenomenon with fecal samples from breeding pairs co-housed for thirty weeks. While co-housed mice clustered together, the analysis demonstrated that co-housed mice differed in the number of fecal bacterial families among paired mice.

The publication concludes with these observations of the NesTiso caging system when compared to other gnotobiotic isolators:

While validating their system, the NesTiso team also discovered a cyclical microbiome bias in cage bedding. This important discovery should help other researchers improve their study design.

Finally, observation of a cyclical bias in bedding and animals demonstrates how difficult it is to control the microbiome. When collecting samples throughout a study, this publication suggests that sample collection be on the same number of days after bedding changes. That means aligning sample collection time points with cage changing time points.