This is the second of a three-part recap of Navigating the Challenges of Studying the Microbiome in Mouse Models: Design, Execution and Utility, a sponsored workshop at the 2017 Translational Microbiome Conference.
In this Insight, we recap workshop topics and discussions relating to the use of mouse models in microbiome research. 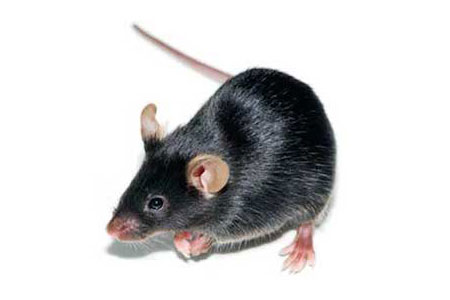 Before working with any in vivo model of human conditions, it is essential to pose the question: What is the relevance and translational potential of the intended model system?

This is important from scientific, financial, and ethical perspectives, and the importance of combining mouse models with other approaches — such as in silico and in vitro modeling — was highlighted during the workshop. Presenters and participants repeatedly emphasized, however, that mouse models are vital to understanding mechanisms of action and for cause-effect demonstrations in a biologically relevant context.

There was a concern, shared by the presenters that the industry is moving too fast in the hunt for microbiome-based therapies. A deeper understanding of mechanism than we currently possess is necessary for a more targeted, evidence-based development of interventional opportunities.

The Gastrointestinal Tract and Microbiome of Mice and Humans

Mouse models have become more precise with the advent and continuous refinement of genetic engineering, but there are essential differences between mice and humans that need to be acknowledged. This is especially true with regards to the microbiome and the gastrointestinal tract.

Key differences between the resident microbiome of mice versus humans were discussed during the workshop, as also reviewed by Nguyen et al. Despite this disparity, it has repeatedly been reported that composition shifts and loss of diversity in the mouse microbiome is related to diseases such as diabetes, obesity, and colitis in a similar fashion as seen in humans, vindicating the predictive validity of mouse models.

The need for reliable animal models to dose with specific bacteria of interest was identified at the workshop.

It has been demonstrated in several studies that disease phenotypes may be transferred from human patients to mice via fecal microbiota transplantation (FMT). This concept is vital in demonstrating a causative role of the microbiome in development of disease. Moreover, when FMT can be used for replicating aspects of human diseases in mice, it opens the door for generating reproducible mouse models with improved construct and face validity.

Examples of FMT experiments in mice with interesting clinical perspectives are on the rise:

These reports constitute a fraction of the literature in the field, but they exemplify how FMT studies in GF mice help researchers discover the role of microorganisms in regulating symptoms of disease. Such proof-of-concept studies are essential for moving to hypothesis-driven research aiming to identify mechanism and eventually therapeutic targets.

FMT is additionally a potential treatment of disease, which can also be studied in mice. For instance, FMT in a mouse model of necrotizing enterocolitis (NEC) could alleviate features of NEC, underlining a promising therapeutic potential of this treatment in infants with NEC5.

In a breakout group led by Philip Dubé and James Mutamba, participants debated whether germ-free (GF) mice or mice that have had their gut microbiota depleted with antibiotics are the best murine in vivo models for studying the microbiome.

One argument in favor of generating pseudo-GF mice by antibiotic depletion is that GF mice lack microbiome-specific education of their immune system in early life. This is a significant concern in studies involving immunological parameters.

On the other hand, there are also important — and often ignored — caveats related to using antibiotic-treated mice as vehicles for FMT:

While it was agreed that antibiotic depletion can be a good approach in some studies, the consensus on best practice is to perform FMT on breeders of both sexes or GF pregnant females and let them impart the transferred microbiome in a natural way to their offspring. Subsequently, using the offspring as the study cohort ensures immunological shaping from early life10.

The breakout group led by Will DePaolo and Beth McCormick discussed considerations and pitfalls of generating mice with human microbiota by FMT.

There are few reports demonstrating stability of a human microbiome in mice over generations, even under specific pathogen free (SPF) conditions11, and the lack of additional supportive data showing stability of a human microbiome over mouse generations was a concern of many of the workshop participants. Microbiota-humanized mice are applicable for short term hypothesis-driven studies, but there is a need to validate these models over the longer term.

Using diet to optimize FMT with human microbiota in mice was discussed at the workshop, particularly the optimal substrates for human-derived bacteria versus those of laboratory mice.

While no ideal methods were identified during the workshop, everyone agreed that studies exploring different strategies for optimal colonization and stability of mice with human microbiota are essential to move the field forward.

Another legitimate concern is the observation that mice with human microbiota can have immature immune systems12. Researchers should pursue studies identifying strategies to correct this, such as addition of certain microorganisms, diet modifications, or even genetic modification of the host and/or microbiota.

One of the key messages delivered during the workshop was that the microbiome is something we should be thinking about no matter what we are studying. The resident microbiome of SPF mice can affect the performance of many disease models13,14, for example; there are many variables to observe when designing experiments and sourcing animal models of the microbiome.

Check out Part III of this series for the workshop's conclusions on microbiome study design best practices, with a focus on in vivo mouse models.