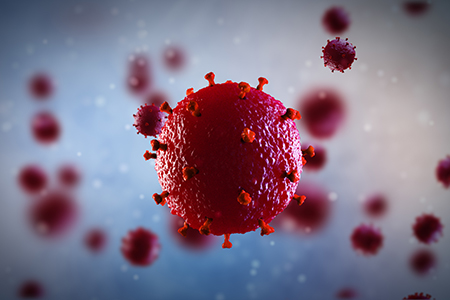 HIV is a rare, incurable virus that attacks the human immune system. According to the World Health Organization, approximately 36.9 million people are living with HIV or AIDS, and close to 1 million deaths per year are caused by the disease. Currently, there is no vaccine or cure. The standard treatment involves daily, lifelong therapy with multiple antiviral drugs that suppress the virus if taken regularly.

Because of the lack of therapeutics for this disease, there is an ongoing need for more research into potential cures and vaccines.

A study recently published in Nature reports on the successful remission of a patient with HIV-1 after receiving a hematopoietic stem-cell transplantation. This report is the second in ten years to demonstrate HIV remission after stem-cell therapy.

While an incredible accomplishment, this treatment is not ideal for most patients as it requires the eradication of the existing immune system by chemotherapy or radiation to prevent rejection of the donor stem-cells (graft-versus-host disease). To investigate other potential therapies, humanized mice are used due to their ability to mimic the human immune response. This Insight will highlight the most recent advancements in the HIV research field and how humanized mice are contributing to these studies.

How is HIV Currently Treated?

The standard treatment for HIV+ patients involves the administration of multiple antiretroviral medicines. This is referred to as highly active antiretroviral therapy (HAART) and is comprised of at least three medications that are taken daily.

Since HIV mainly infects CD4 T cells, over time it decreases the immune system's ability to fight infection. HAART aims to control the replication of the viral particles circulating in the blood as well as increase the count of healthy CD4 cells. This slows the progression of the disease and helps in reducing the transmission potential.

Unfortunately, this treatment is not without its side effects, and many patients discontinue these medications due to adverse drug reactions. Multiple bodily systems are affected, including the gastrointestinal tract, central nervous system, metabolism, blood count, muscle function, and skin health1.

The first recorded HIV remission was in 2009 when a patient was cured of both HIV and leukemia after receiving stem-cell transplantation therapy. Since then, this patient has remained free of the virus and no longer takes antiretrovirals2.

In March, a collaborative team of researchers published in Nature that a second patient has remained symptomless of both HIV and chemotherapy-resistant leukemia after receiving stem-cell transplantation therapy3. The hematopoietic stem-cells were chosen from a donor with two copies of a mutation in the gene which encodes for the CCR5 protein — a membrane receptor essential for viral entry into human CD4 T cells. It is estimated that about 1% of people of European descent may have this double mutation and therefore, a natural resistance to HIV infection4.

HIV is a human-specific virus, meaning that is only able to replicate in and infect human cells. Specific proteins are required on the surface of CD4 T cells to allow viral entry and replication. First, HIV binds to the CD4 receptor and subsequently interacts with either CCR5 or the CXC chemokine receptor (CXCR4) which are also both present on the cell surface. There are additional proteins such as cyclin and nuclear export factors that are also required for the virus to replicate5.

Because of these human cell-specific interactions, the virus needed to be modified if a researcher wanted to plan studies in non-human primates or murine models. However, the advent of humanized mice has transformed HIV research by enabling HIV-related studies without introducing mutations to the virus.