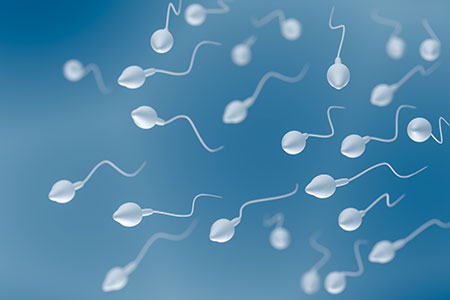 Further, the ability to rapidly expand animal model colonies from frozen sperm make sperm cryopreservation a quick and effective method for the distribution and restoration of mouse lines.

This is the third of a four-part series on the effective use of cryopreservation in maintaining genetically modified mouse and rat lines:

For several years, embryo cryopreservation was the only practical option for securing lines of laboratory rodents. The advent of sperm cryopreservation as a popular alternative in 19921 now provides investigators with two options.

Because cryopreservation of sperm has several advantages over working with embryos, and it became the dominant preservation format over the past ten years. Successful sperm cryopreservation can be achieved using one-to-two adult male mice preferably known to be fertile, commercially available reagents, and a basic understanding of the mouse male reproductive anatomy. With these in hand, and perhaps some trial runs, one could easily collect and cryopreserve sperm from a mouse model with confidence for recovery in the future.

Reproducible techniques for the cryopreservation of spermatozoa from laboratory mice were not available until twenty years1 after the first successful embryo cryopreservation. The breakthrough method described cooling sperm in a solution of 18% raffinose and 3% skim milk powder in the vapor phase of liquid nitrogen for 10 minutes, then plunging the material into liquid nitrogen for cryostorage.

Widespread adoption of this method was initially limited by the inefficient recovery of the sperm from many important inbred strains, including the widely used C57BL/6.

Further advances in sperm cryopreservation over the last decade2,3,4 overcame these challenges and support reliable cryopreservation of sperm from multiple inbred and outbred strains of laboratory mice. These advances include the addition of reducing agents to the standard cryoprotectant medium: monothioglycerol to prevent the overproduction of reactive oxygen species2 and glutamine to protect sperm from membrane damage4.

The effectiveness of these improvements in sperm cryopreservation was further amplified by advances in IVF5 that significantly improved the fertilization rates for frozen-thawed sperm.

The most fundamental difference between cryopreserving sperm and embryos is the sperm are gametes, and therefore haploid. Only half of the genetic material from the modified line is being preserved.

Upon recovery and return to the diploid state through fertilization of an oocyte and generation of a zygote, the complementary haploid genome from the oocyte is at best the same background genetic strain. To account for this, sperm cryopreservation is typically used when preserving a genetically modified line on a congenic, inbred background strain.

Recovering the line using oocyte donors from the same inbred background strain could be considered a "genetic refresh", but technically is not a change in genetic background. Cryopreserved sperm with oocytes from a desired background can be used to transfer a genetically engineered model onto a new genetics background, however, as the first generation backcross.

Mouse sperm cryopreservation is a relatively simple, fast procedure that does not require expensive equipment. However, the method is not trivial, and small variations in procedure can influence the quality of frozen-thawed sperm.

Sperm quality can be influenced by the genetic background, technical skill, the quality of cryoprotective media used, and occasionally by the male sperm donor itself. If the cryopreserved material is intended to serve as the sole source of material to recover a genetically modified line for later use, one must have the highest degree of confidence in the cryopreserved material.

If one wishes to add an additional level of confidence, the quality assurance program can be extended to transfer of the resulting embryos to a recipient female and allowing the pregnancy to go to term to generate live born offspring. In contrast to embryo cryopreservation, where storage of 100-300 embryos is the industry standard, sperm cryopreservation from one-to-two males allows for the storage of 1-3 x 107 spermatozoa, representing virtually hundreds of offspring "in the freezer".

This volume of material is generally aliquoted across 10-20 individual straws, making dividing the material for "dual-site storage" quite easy. Cryopreserved sperm, when stored in liquid nitrogen and handled with care, should be viable indefinitely. Frozen mouse sperm stored for more than ten years has been used to successfully recover live offspring by IVF6, and frozen human sperm stored for 40 years has produced successful pregnancies in humans.

Unlike frozen embryos, frozen sperm is less sensitive to temperature fluctuations and even temporary storage of frozen mouse sperm on dry ice for 3 to 4 days is reported to have not compromise fertility7.

Most Popular In Cryopreservation