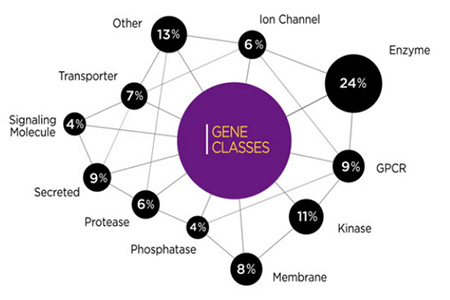 The KOR lines are maintained as frozen germplasm (sperm and/or embryos) allowing both academic and commercial researchers on demand access with rapid recovery times. Eliminating the time associated with the design and development of these mouse models provides a tremendous competitive advantage.

In Addition to the KOR

The addition of new lines to this massive collection makes the KOR an even more valuable tool to the drug discovery researcher. The new mouse models knock out gene function either constitutively (by gene targeting or gene trapping) or conditionally. These newly introduced models can be useful tools in studies focused on different therapeutic areas including diabetes, proliferation, retinal degeneration, behavior, and inflammation.

Some noteworthy additions to the collection include knockouts of two highly related sodium-glucose co-transporters, Slc5a1 and Slc5a2. A publication using these models individually and in combination was able to precisely define each gene's role in urinary glucose excretion and show how pharmacologic inhibition of both transporters could lead to better diabetes treatments1.

Another example of the power of using the appropriate genetic model comes from a publication around the Limk2 gene2. In vitro studies have suggested a role for Limk2 in cell morphology, but its function in the context of the whole animal was lacking. Using a gene trap mutation of Limk2, Rice et.al. demonstrate a role for Limk2 in actin dynamics and specifically in keratinocyte migration in the developing eyelid. Mice lacking Limk2 function have an eyes open at birth (EOB) phenotype.

The information on the newly added lines is summarized below:

Use of the Knockout Mouse Repository in Drug Discovery