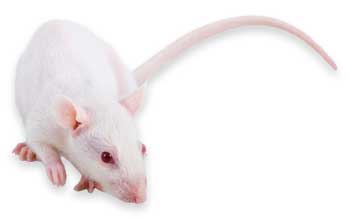 Hemizygous rats express SOD1G93A in the spinal cord ~8-fold above endogenous SOD1. SOD1G93A is also expressed across many brain regions as well as peripheral tissues. By end stage, mutant SOD1 levels accumulate ~16 fold over endogenous, representing a further 2-fold increase in SOD1G93A compared with levels in young, presymptomatic rats (6 weeks old). SOD1 rats in the Taconic colony have an average onset of motor neuron disease of 174-207 days, typically appearing as hind limb abnormal gait and progressing very quickly (6-9 days average) to overt hind limb paralysis, typically affecting one limb first. Taconic does not maintain animals beyond the onset of paralysis, but hemizygous rats typically reach end-stage disease an average of 11 days after onset of symptoms as reported in the scientific literature. The rapid decline of the SOD1G93A rats coincides with substantial loss of spinal cord motor neurons as well as marked increases in gliosis and degeneration of muscle integrity and function.

Since its original foundation at Taconic, phenotypic changes have been observed in the SOD1 colony which affect disease onset. This has been noted in colonies maintained elsewhere by third parties. Overall, we have found a variable phenotype in this model, which may be due in part to both the outbred nature of the background strain as well as to possible copy number variation of the transgene. The disease onset times reported here reflect the most current observations of the Taconic colony phenotype and may diverge from onset times reported in scientific publications, as well as from previous versions of the Taconic model description.

Created by John Kulik at Wyeth. Transgenic Model of SOD1 mediated Amyotrophic Lateral Sclerosis (ALS, Lou Gehrig's Disease). Came to Taconic in April 2002 for David Howland at Wyeth for distribution as an Emerging Model. Joint collaboration between Wyeth and The ALS Association.

SOD1 Conditions of Use 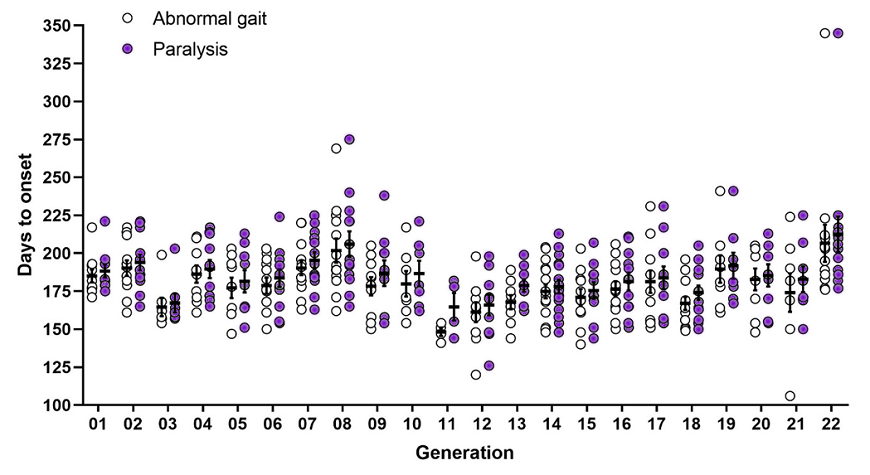