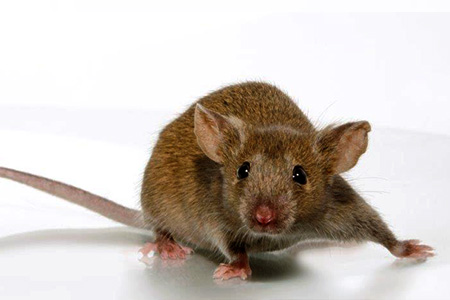 If you are reading this you already know that the use of sentinel animals in research and production colonies is critical to facilitate health monitoring and maintain animal quality. A sentinel animal must have a strong but not excessive immune response to infectious agents, with the ability to seroconvert to viral agents.

You are also probably aware that commonly used models include: the hearty outbred Swiss Webster or inbred C3H (C3H/HeNTac) as mouse sentinels and the Sprague Dawley® (NTac:SD) as a preferred rat sentinel.

Why the C3H Mouse Sentinel?

At Taconic Biosciences we use the C3H mouse for several reasons:

Swiss Webster as a Sentinel

The Swiss Webster is another excellent sentinel choice, with the following considerations:

Sprague Dawley® as a Rat Sentinel of Choice

Outbred rat stocks such as the Sprague Dawley® generally show good reactivity to various pathogens with apposite seroconversion. This rat line, like the Swiss Webster mouse, is hardy and relatively inexpensive.

The Nude Mouse and Rat

Nude mice and rats are common immunodeficient models used for a wide range of studies, including many xenograft applications. The nude mutation in the Foxn1 gene in both mice and rats causes thymic agenesis, hairlessness and lack of T cells when homozygous.

The Fox1nu (mouse) and Foxn1rnu (rat) mutations arose spontaneously and have proven to be of immense value, particularly in oncology research where the immunodeficient phenotype of the nude permits engraftment of human tumors.

Researchers who use nude mice or rats may be tempted to use heterozygous nudes as sentinels. Resist! Female nudes are poor breeders; because of this nudes are usually produced by mating heterozygous females with homozygous males. The resulting litter includes both heterozygous and homozygous offspring. As only the homozygous pups are athymic and lack T cells and hair, this produces an equal quantity of offspring that are not useable for xenograft studies.

The new "Excluded Flora" (EF) health standard is a superior choice for sentinels as it excludes six opportunistic organisms (listed below) in addition to Segmented Filamentous Bacteria (SFB).

There are many standard lines at the Excluded Flora designation, including C3H, Swiss Webster, Sprague Dawley®, B6, BALB/c and 129S6. The exclusion of seven well-documented confounding organisms in the Excluded Flora health designation makes it an excellent choice for source of sentinel stocks and strains.

If you have a question about sentinel selection please ask us.