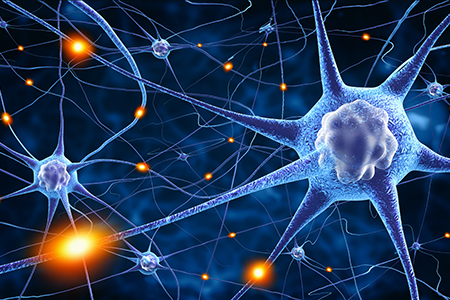 Adult neurogenesis is the process of generating new neurons after embryonic and postnatal development have concluded. The creation of neural connections later in life has important implications for learning and memory, cognitive decline, and neurobiological diseases such as Alzheimer's. As a result, this topic has garnered a vast amount of attention in contemporary research.

Despite such scrutiny, however, both the prevalence and significance of adult neurogenesis in humans remains an unsettled issue. This is highlighted by two separate and recently published studies, one from Columbia University1 and one from the University of California San Francisco2.

The first, published by Sorrells et al., concludes that neurogenesis within the hippocampal dentate gyrus declines significantly during the first few years of life and then ceases completely or occurs very rarely in adults. The second, published by Boldrini et al., reaffirms the conflicting position that neurogenesis continues well into adulthood.

While these studies have renewed the debate on adult neurogenesis, there is still a need for ongoing research and discovery. The subsequent review and discussion emphasize the importance of animal models for studying adult neurogenesis, due to their accelerated growth rate and ability to express genetic modifications.

Preliminary studies in rats completed in the 1960s used the incorporation of tritiated thymidine (3H-TdR) to provide evidence for proliferation and the production of new neurons in postnatal and adult animals3,4. The 3H-TdR incorporation assay measures cell proliferation by directly measuring DNA synthesis. 3H-TdR, a radiolabeled nucleoside, is introduced into cells and incorporated into their DNA as the cells replicate. Subsequently, levels of the radionucleoside can be measured to determine if the cells are dividing. These studies were supported by other independent findings as well as performed on murine samples over the subsequent decade5,6. Further work on adult neurogenesis in rodents has now gone on to explore potentially contributing factors such as environmental enrichment7 and exercise8.

In contrast, a long-term analysis of brain samples from non-human primates published in 1985, in response to some of the very early rodent work and utilizing similar thymidine injections, declared a strong negative result, steadfastly reporting "not a single heavily labeled cell" in the brain of any analyzed sample9. Approximately ten years later, the first demonstration of adult neurogenesis in humans was published, using hippocampal tissue obtained from cancer patients who had received similar injections of the thymidine analog bromodeoxyuridine (BrdU), in order to help gauge tumor proliferation and growth10.

Importantly, critique and review of these new studies has highlighted methodological considerations within the field, such as the potential incorporation of BrdU under non-proliferative conditions (e.g. DNA repair), as well as overarching questions surrounding the relevance of examined proteins11,12.

The consensus amongst the research community is that more data is needed before a concrete conclusion can be made on this issue. While animal models do not replicate the exact conditions of the adult human brain, their power and precision have been underscored and underutilized. Their near-immediate access, historical precedent, and ability to be customized (e.g. genetic modifications) provide an invaluable way to drive advancements in biological discovery and tool development, both of which will only hasten more thorough work in human samples.