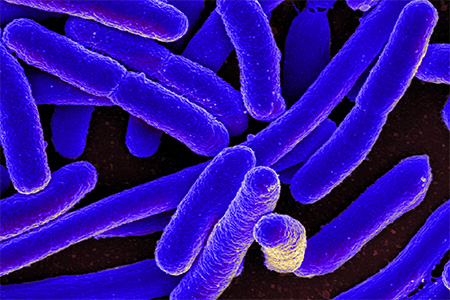 Two recent publications provide further evidence that the gut microbiota play a key role in disease progression, and additionally, the valuable role that germ free mice can play in helping to elucidate those key roles. In each study summarized below, mice with conventional gut flora and germ free mice were used. The first study published in Laboratory Investigation on 28 July 2014 discusses how susceptibility to liver damage might be determined by your gut flora. In the second study published in Nature on 17 September 2014 we learn that artificial sweeteners may cause glucose intolerance leading to metabolic disease.

Susceptibility to Acute Hepatic Injury Might be Determined by Your Microbiome

The list of pathologies impacted by the gut microbiota seems to get longer each day. It has been shown that the progression of chronic liver diseases is influenced by the intestinal flora, but now there are strong indications that this is also true for acute hepatic injury. Through a series of experiments with reconstituted germ-free mice and co-housing of mice from different vendors, we could conclude, that the degree of acute liver injury in response to Concanavalin A challenge (an experimental liver injury model) was altered by the microbiome composition. As we were able to transfer the increased susceptibility to germ-free animals of a different genetic background by reconstituting them with the high-susceptibility flora, we could also conclude that it was not a strain specific effect. In investigating the underlying mechanism, the death receptor Fas response pathway was identified as an important component of the regulation mechanism exerted by the microbiome in this animal model. It will be interesting to see if these findings translates to humans as the gut microbiota then could become both a prognostic indicator and an indirect therapeutic target through which Fas sensitivity are regulated.

Learn more about Taconic Biosciences' products or service supporting this field of research: