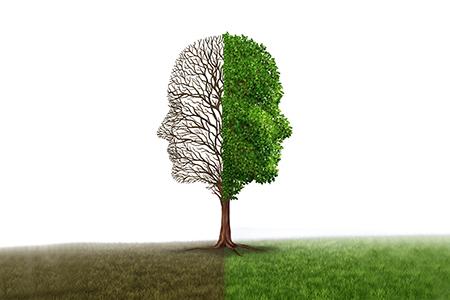 In a recent Alzheimer's Research and Therapy article, scientists described failing to elicit beneficial effects from a tau-directed antibody therapy while evaluating its efficacy in the Tg4510 mouse, an Alzheimer's disease (AD) model with a tamoxifen-controlled transgene expressing P301L mutant tau. The results contrast prior successes reported with the antibody therapy the researchers were testing.

The therapeutic, a tau oligomer-specific monoclonal antibody (TOMA), was reported to rescue AD-related phenotypes in two other models. One of these models, the JNPL3 mouse, expresses the same P301L mutant tau protein responsible for phenotypes in the Tg4510 mouse.

In a 2012 study, researchers reported four-fold higher tau oligomers in human AD brain samples vs. controls. This was an important initial finding, the first to link AD in human subjects to oligomeric tau accumulation.

In a subsequent study, oligomers from AD patients that were introduced into the brains of wild-type C57BL/6 mice interacted with endogenous murine tau to propagate abnormal tau conformations and disrupt memory and synaptic activity. This data provided strong evidence of a toxic role for tau oligomers in AD pathology.

A novel tau oligomer-specific monoclonal antibody (TOMA) was instrumental in these early studies. TOMA enabled tau oligomer staining of AD patient samples in the 2012 study and, in the latter study, isolation of the patient-derived tau oligomers that were introduced into the brains of mice.

Having established TOMA's specificity for tau oligomers, researchers next tested the antibody as a therapeutic by administering TOMA to JNPL3 mice. JNPL3 mice harbor a transgene for the P301L mutant variant of the human tau protein and develop AD-related phenotypes as early as 4.5 months of age.

The research team reported that a single intracerebroventricular TOMA injection resulted in near complete elimination of tau oligomers from the brains of JNPL3 mice and completely rescued their diminished performance in the rotarod performance test. In the same year, similar results were reported in a second tau-transgenic model.

Together, these data provided strong supporting rationale for targeting tau oligomers to treat AD and established TOMA as preclinical benchmark molecule for this approach.

In the 2017 report from Schroeder et al., researchers examined TOMA's ability to rescue the consequences of tau deposition in a third in vivo AD model, the Tg4510 mouse. The Tg4510 model replicates the forebrain-directed tau pathology seen in AD patients. Neurodegeneration is also greater in Tg4510 mice, and tau deposits occur earlier compared to other tau transgenic models.

Schroeder and colleagues treated Tg4510 mice biweekly with intraperitoneal (IP) injections of TOMA from 3.5 to 8 months of age. Following the treatment period, the team of scientists reported finding evidence for TOMA interacting with oligomeric tau in Tg4510 mice. However, the researchers did not observe reductions in tau deposits or behavioral deficits in the mice, results that markedly contrast the 2014 in vivo TOMA studies.

Although the researchers explored several possible explanations for the contrast between their results and those in prior reports, they drew strong attention to the aggressive phenotype of the Tg4510 model as a potential primary factor.

The researchers commented on past experiences with the Tg4510 model:

"Our overall experience has been that preventing pathology in the Tg4510 mouse is challenging. Some of our negative results have been published while others have not. The few instances in which we obtained positive effects of treatment have required direct and long-term application to the brain of genes expressed at high levels resulting in reduced tau deposition."
As mentioned previously, neurodegeneration is enhanced in Tg4510 mice compared to other tau-transgenic models. Cognitive deficits secondary to neurodegeneration are expected to be slow to reverse, or even irreversible, which could explain why TOMA did not improve cognition in Tg4510 mice. Aligning with this hypothesis, rapid reversal of cognitive deficits by TOMA in JNPL3 mice and htau mice was observed at ages prior to appreciable neuronal loss.

Schroeder and colleagues distilled their experiences with the Tg4510 model into helpful advice for preclinical AD and tau researchers:

"Although the Tg4510 model rigorously replicates the extensive neuron loss and atrophy of AD, it may be prudent to reserve this model only for treatments already demonstrated effective in other preclinical tauopathy models and to initiate treatment at very early stages."