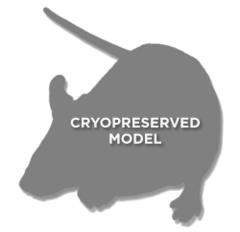 The Humanized Liver CYP2C9 Mouse model was developed by Taconic in collaboration with CXR Biosciences. The model was created by four consecutive rounds of transfection in C57BL/6NTac-derived ES cells. First, mouse exon 1 of Cyp2c55 was replaced with a neomycin cassette containing a loxP and f3 site through gene targeting. Second, a hygromycin cassette with a loxP, lox5171 and frt site was inserted into intron 6 of the Cyp2c70 gene through gene targeting. Third, transfection of the ES cells with cre recombinase resulted in the deletion of the Cyp2c55, 2c65, 2c66, 2c29, 2c38, 2c39, 2c67, 2c68, 2c40, 2c69, 2c37, 2c54, 2c50 and 2c70 genes. Fourth, an albumin-CYP2C9 expression cassette was inserted by cre-mediated recombination into the loxP and lox5171 sites in the mouse Cyp2c locus. The targeted ES cells were injected into BALB/cJBomTac blastocysts and the resultant chimeras were backcrossed to a Flpe deleter strain on C57BL/6J to eliminate selection markers. The colony is maintained by mating homozygotes.

Label License: Conditions of Use - Model 11746
This Model is produced and distributed under rights to patents and intellectual property owned by Taconic or licensed from various institutions. Taconic sells this model to purchaser, and grants to each purchaser a right under Taconic’s own or sublicensable rights in such licensed patents and intellectual property to use the purchased Model in consideration of purchasers’ acknowledgement of and agreement to the Terms and Conditions of Sale and the following terms of use: