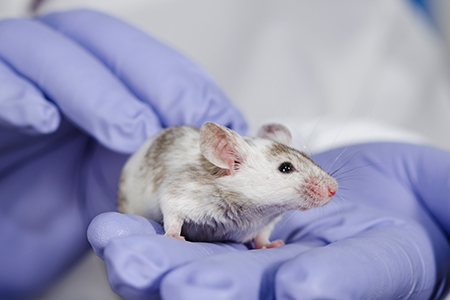 Researchers who regularly work with mice and rats understand that incorrect handling practices creates unnecessary stress for the animal. If one is new to working with preclinical animal models, or is introducing a new strain to their work, a quick refresher on the benefits of correct handling procedures could be very useful.

Certain stressors that affect mice and rats cannot be avoided. For example, the stress of being transferred from one facility to another, adjusting to new food and watering systems, or being monitored and handled by new veterinary staff. However, additional stressors induced by human contact could negatively affect your cohort of mice.

One specific stressor is excessive handling and incorrect handling. Amongst the research community, there is a common practice of picking rodents up by the base of their tails, which might actually be causing unnecessary harm.

A study published in 2017 in Scientific Reports demonstrated that the improper handling of laboratory animals during test procedures generated stress that might impair the reliability of test responses. Researchers Kelly Gouveia and Jane Hurst produced data that showed how picking up mice by the base of their tail is aversive and anxiety-stimulating. In addition, when conducting behavioral tests on these animals, the mice picked up by their tails showed less curiosity and more avoidance during the test.

While handling mice is necessary before and after placing them in their test environment, using different techniques can significantly change the animal's response during the exam. If cupped, open hands or clear tunnels are used to pick up the mice, they will show normal curiosity and behavior once placed in the test environment. Conversely, tail-handled mice did not display the same willingness to explore and investigate test stimuli, as shown in this video1.

Implications for In Vivo Research

While causing undue stress to animals is not the goal of any researcher, inducing stress can also negatively impact the results of your study. Multiple studies have established that anxious rodents are less likely to explore during maze tests2,3. For example, if studying a genetically-modified mouse's ability to detect different scents within a maze, a stressed mouse might act neophobic and unwilling to explore a new environment. This would, therefore, confound results — wherein researchers would not be able to determine if the behavior was caused by genetic differences in their mouse strain or by stress associated with pre-test handling.

Utilizing both cupped hands, as well as tunnels, have been shown to have positive effects on the stress rodents experience during handling. Tunnels are autoclavable, inexpensive, and reusable4. Once veterinary staff has been trained to use these techniques, they can be just as efficient and fast as picking up rodents by the base of their tails.

When reached for comment on this issue, Taconic Biosciences's Veterinarian Dr. Julita Ramirez-Komo stated that "animal stress represents a common cause of experimental artifacts. Reducing stress through improved handling techniques such as the use of a tunnel or cupped hand is a valuable way to help reduce overall stress levels, improving the integrity and reproducibility of research results."

The National Centre for the Replacement Refinement & Reduction of Animals in Research (NC3Rs) is a UK-based scientific organization dedicated to replacing, refining and reducing the use of animals in research and testing (the 3Rs). This organization regularly funds and publishes data on how to improve the conditions for research animals and is at the cutting edge of new techniques like the one mentioned here5.