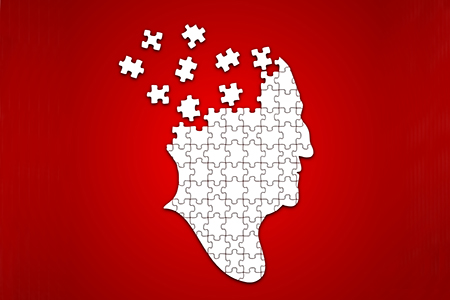 A Redox Link between APOE4 and Alzheimer's Disease Risk?

ApoE protein is predominantly expressed in the liver and central nervous system, where it functions in cholesterol and lipid homeostasis. Three major variants of the APOE gene are found in humans (APOE2, APOE3, and APOE4), with each allelic variant known to modify an individual's AD risk. The APOE2 allele is considered protective, lowering AD risk, whereas the APOE3 allele has a neutral effect on AD risk. APOE4 is recognized as the strongest genetic risk factor for AD.

Although the relationship between APOE variants and AD risk has been recognized for over two decades, the precise mechanisms through which apoE4 contributes to enhanced AD risk remains unclear.

Trx1 has been shown to be reduced in AD brains, suggesting potential links between Trx1, oxidative stress, and apoE4 pathobiology. In work described in the Journal of Alzheimer's Disease, a team of scientists investigated the effects of apoE on Trx1 in the brain. To facilitate in vivo work, the researchers compared brains of mice engineered with targeted replacement (TR) of the endogenous murine ApoE gene by either the human APOE4 allele or the human APOE3 allele (APOE4-TR mice or APOE3-TR mice, respectively).

Trx1 protein levels were found to be reduced in the hippocampus of APOE4-TR vs APOE3-TR mice by six months of age. The reduced Trx1 protein expression was associated with increased Trx1 mRNA expression, suggesting a compensatory response to either decreased Trx1 protein levels or oxidative stress. In vitro investigations were performed using neuroblastoma cell lines and primary human cortical neurons to provide mechanistic clues to the Trx1/apoE4 relationship.

Putting It All Together

Taken together, Persson and colleagues' data suggests decreased expression of Trx1 reduces an important anti-apoptotic signal, potentially increasing cellular vulnerability to other insults. Thus, the mechanism underlying apoE4 as the strongest genetic risk factor for AD may partially be explained by decreased levels of Trx1 and concomitant vulnerability to amyloid-β and other AD-associated pathobiology.