AcceptShow Options
NEW MODEL: Jh mouse on B6 background Learn More
eTACONIC
James Vitale
Monday, September 26, 2016
Facebook  Twitter  Linkedin  print  rss
NPR recently published "How A 'Sixth Sense' Helps Simone Biles Fly, And The Rest Of Us Walk", that explored proprioception - the sense of the relative position of neighboring parts of the body - with a story on children with a rare mutation in a gene called PIEZO2.

When Damiana was younger, her condition baffled doctors, says her mother, Diana Sawyer. 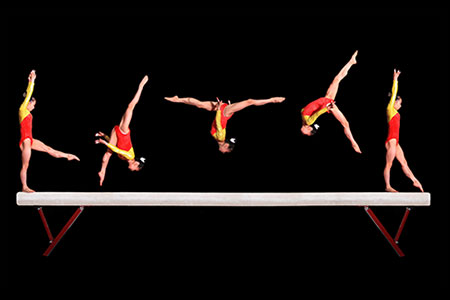 "She was very late at doing everything," Sawyer says. Her daughter didn't start crawling until she was about 18 months old. And she still can walk only a few steps on her own.

Damiana was born with some abnormalities in her feet and hips, Sawyer says. And her spine was curved. But those problems didn't explain why her daughter had so much trouble with precise movements, like fastening a button.

Replicating such mutations in mice through CRISPR or homologous recombination supports new lines of cost-effective investigation into the mechanism of action of rare genetic diseases. Genetically engineered animal models are helping researchers at the NIH understand how PIEZO2 affects proprioception, with the ultimate goal of treating or curing the results of this mutation.