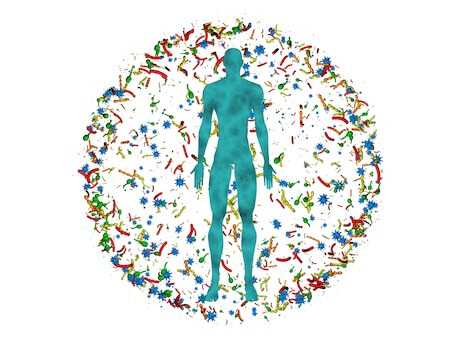 Bacteria, Archaea, and Eukarya constitute the most abundant part of the biosphere, including the plants and animals most familiar to most and an invisible world of organisms that many never consider. Although these microbes were known to exist, their diversity and functional significance within our world has not always been fully appreciated. The entire community of microorganisms that inhabit a single environment is known as a microbiome. In this Insight, Taconic explores how the microbiome affects general health, especially the significance of these microorganisms in the human gut. This particular microbiome contains a population of microbiota that weighs approximately 3 pounds- constituting trillions of microorganisms, expressing more than 3 million genes.

Studies have indicated that germ-free mice have low epididymal fat accumulation and would need 10-30% additional food consumption to maintain the same body mass as mice with normal microbiota1. The gut microbiome plays a significant role in metabolizing complex nutrients and providing key nutrients necessary for host metabolism. A few examples are listed below:

The participation of gut microbiota in host immune response and nervous system development, at both local and systemic levels, has been demonstrated. Some key studies are provided below:

Microbiome and Obesity: Study of lean and obese mice demonstrated a contribution of gut microorganisms in utilizing energy from nutrients, including otherwise indigestible dietary polysaccharides, suggesting the role of gut microbiota in host energy balance3. Similarly, studies were performed in humans to characterize the microbial content of fecal microbiomes of twins. The study demonstrated that the bacterial family Christensenellaceae is enriched in lean twins compared to obese twins from the same twin set. To further strengthen the connection between Christensenellaceae and weight, the researchers transplanted fecal microbiota with and without Christensenella consortium, one of the members of Christensenellaceae family, into germ-free mice. A 16S rRNA analysis of the fecal microbiomes before and after transfer showed that C. consortium was present throughout the experiment in recipient mice and remained stable through day 21. Further analysis demonstrated that the percent increase in body weight post-inoculation was lower in mice transplanted with C. consortium in comparison to the control mice without C. consortium7,8. 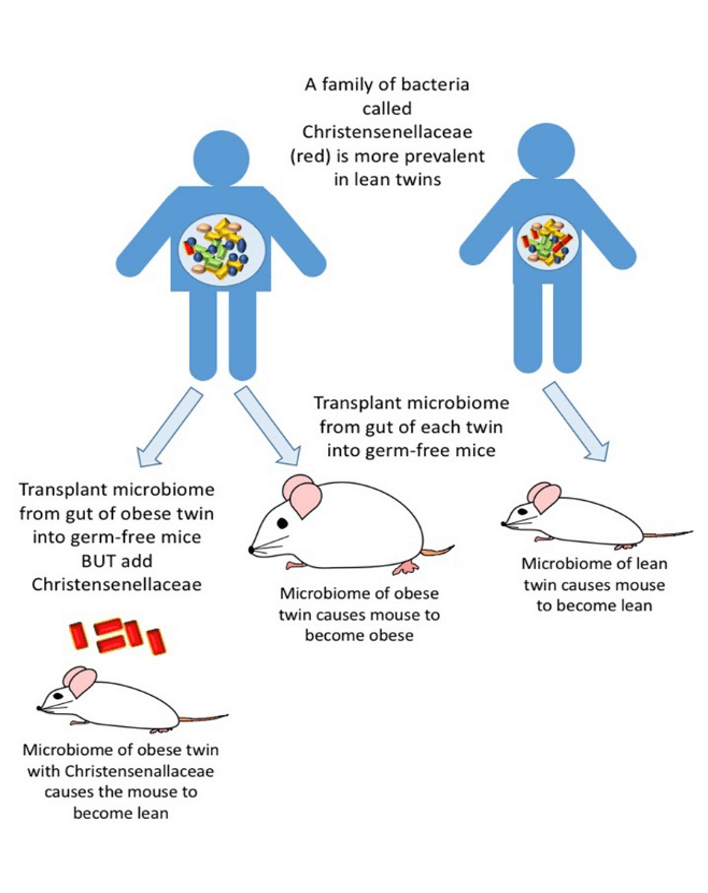 Gut Microbiome in Colorectal Cancer (CRC): Colorectal cancer arises from a stepwise disturbance of the composition of the gut microbiota, induced by food components or diet, plus genetic alterations in oncogenes and tumor-suppressor genes9. Numerous studies comparing fecal microbiota from CRC patients versus controls have shown that, despite having overall similar microbiomes, sets of significantly enriched and depleted microorganisms can be identified that differentiate CRC and control populations. Bacteria such as Streptococcus gallolyticus, Faecalibacterium nucleatum, Escherichia coli, B. fragilis, and E. faecalis are present in higher amounts in CRC patients as compared to controls, whereas genera such as Roseburia, Clostridium, Faecalibacterium, and Bifidobacterium are generally depleted in CRC patients. Moreover, quantitative analysis of Fusobacterium nucleatum is used as a biomarker to indicate colon cancer disease stage advancement9.

Gut Microbiome in Type 2 Diabetes: In multiple cases, an increased number of bacterial genes have been found in the blood stream and in fecal samples of patients with type 2 diabetes. This indicates the presence of gut dysbiosis (microbial imbalance) and bacterial translocation from gut to blood in patients with the disease. In experiments with mice, high-fat food increased the translocation of live bacteria through intestinal mucosa to blood10. However, further studies are needed to determine the significance of the translocation of Gram-positive bacteria in systemic inflammation identified in obese and type 2 diabetic patients.

Gut Microbiome in Inflammatory Bowel Disease (IBD): Connections between gut microbiota and host factors show a contributing factor in the development of gastrointestinal inflammation and IBD. Reports have indicated elevated levels of pro-inflammatory genes were observed in germ-free mice colonized by gut microbiota isolated from IBD patients. Colitis-prone genetically predisposed germ-free mice colonized by IBD-associated-microbiota developed severe colitis compared to those that were colonized by healthy human microbiota. IBD patients are shown to have a reduction in gut firmicutes such as Faecalibacterium prausnitzii and Roseburia sp. These bacteria play an important anti-inflammatory role in reducing pro-inflammatory cytokines (IL-12, IFN-g)11. In total, the findings suggest that along with host genetics, diet, and antibiotic-induced dysbiosis, the gut microbiome is a key contributor to IBD. 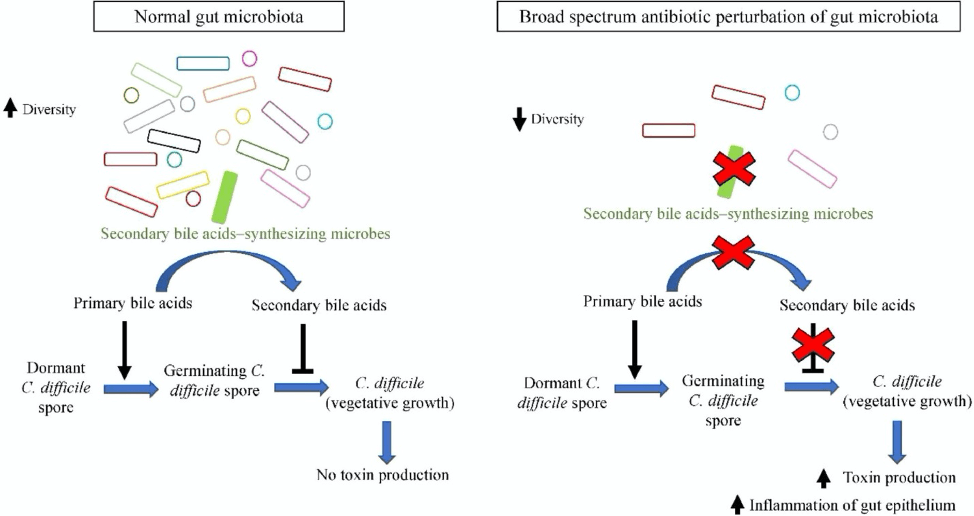 The gut microbiota plays an important role in growth and development and in the way the human body functions. The composition of gut microbiota is unique to everyone, just like fingerprints. It has been shown that the development of gut microbiota starts at birth. Scientists consider that by the age of 3, microbiota becomes stable and similar to that of adults, continuing its evolution at a steadier rate throughout life. Dysbiosis of gut microbiota can result due to aging, antibiotic intake, obesity, or diet. The human microbiome field of research is still relatively new but rapidly growing, showing several preliminary but promising studies on the modulatory role of microbiome in human wellness and disease