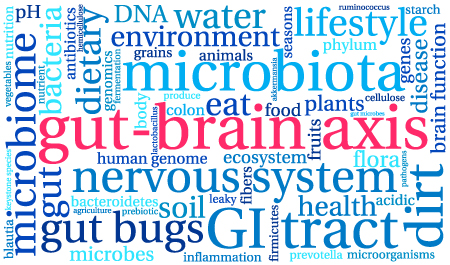 There is growing evidence that the microbiome, that collection of all the microorganisms which inhabit an individual, can affect cognition and behavior. This has been termed the microbiota-gut-brain axis. Germ-free mice are a critical tool in studies investigating this connection, and they have been shown to have alterations in behavior and cognition compared to conventional mice.

These contradictory results show the importance of other variables such as age, the actual microbiome of the "conventionally colonized" controls, stimulus mice in social experiments, and more. Further, husbandry differences between germ-free mice raised in isolators and conventionally raised mice may also impact behavioral experiments.

More studies are clearly needed in this area, but already researchers are working to translate this insight into "psychobiotics", probiotics which can impact neuropsychological disorders.