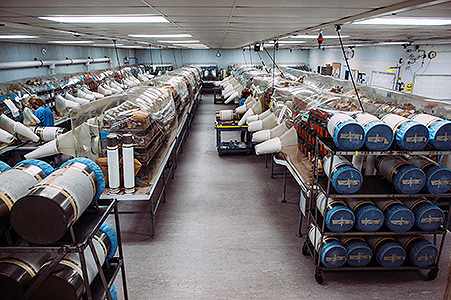 Housing system design is fundamentally linked to the stability and characteristics of the mouse microbiome - but are gnotobiotic isolators always necessary to prevent compositional changes in microbiota?

A new study published by Randi Lundberg, DVM and co-authors from University of Copenhagen and Technical University of Denmark, characterized the gut microbiota of mice housed in individually ventilated cages (IVCs) and compared it to that of mice housed in a gnotobiotic isolator1. The objective of their study was to assess whether mice with complex specific pathogen free (SPF) microbiotas, or mice which have undergone fecal microbiota transplantation (FMT) for microbiome research, would be resilient to compositional changes of the microbiota when housed in a conventional IVC system for SPF mice.

The authors used germ-free mice and FMT to establish a cohort of mice with a controlled baseline microbiota.

“Experimental design for microbiome studies must take into careful consideration which type of housing system is most appropriate for the type of study being conducted. The housing system can have profound influence on the outcome of the study.”
–Randi Lundberg, DVM
Other investigators tested specialized IVC systems for gnotobiotic husbandry and showed that mice can remain germ-free in these systems for up to 12 weeks2,3 – if supported by equipment designed for gnotobiotic procedures and extremely dedicated efforts from highly specialized staff.

In contrast, the study by Lundberg et al. was performed under more manageable clean conditions in an SPF facility. Nevertheless, the authors found that the gut microbiota of the mice housed in IVCs was not more diverse regarding operational taxonomic units (OTUs) than that of the mice housed in a gnotobiotic isolator.

The authors also noted that, compared to the isolator-housed mice, no additional OTUs were found in the IVC-housed mice that were not also found in the original FMT donor material. However, the authors analyzed the bacterial microbiota by 16S rRNA gene sequencing – a method that is good for detecting overall compositional changes, but less precise for determining potential contamination.

Does the Microbiome Evolve Differently in IVCs and Gnotobiotic Isolators?

The team analyzed the microbiota composition of the germ-free founder mice colonized by FMT and the subsequent two offspring generations. Therefore the study provided insight into microbiota dynamics across multiple cages over time in the IVCs compared to the isolator.

The authors noticed that temporal dynamics seemed most pronounced in the IVC-housed mice. This is equivalent to another study, though not performed in IVCs, which showed that cage effect cannot be eliminated by FMT of the founder mice4. Cage effect is the phenomenon that the microbiota of co-housed mice is more similar to one another than to that of mice in other cages.

In the long run, the confined cage environment of IVCs may cause temporal dynamics that are less apparent in isolators, because microbes are shared between open-top cages in the isolator. For long-term studies, the suggested time effect on the microbiota in IVCs may be worth considering, though the biological relevance remains to be investigated.

The paper is interesting for researchers working with mice harboring specific microbiotas for certain research purposes. In some cases, IVC-housing of gnotobiotic mice with complex microbiotas may be a viable alternative to isolators, which are highly resource-demanding.

Controlling the Macroenvironment: A Novel Approach to Germ-free Derivations