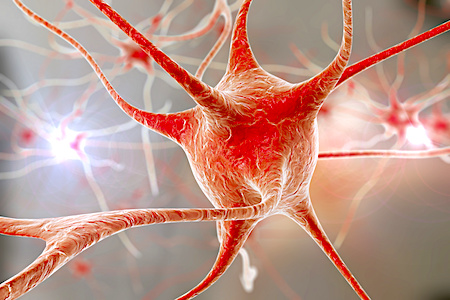 Increasingly obesity and its associated comorbidities (cardiovascular disease, type 2 diabetes mellitus, hypertension, etc.) are identified as risk factors for Alzheimer's disease (AD). Determining the link between diet and Alzheimer's disease has been challenging, in large part due to obesity's association with numerous systemic physiological changes.

Recent studies suggest that poor maternal diet can influence epigenetic changes which predispose offspring to the development of metabolic syndromes. Since metabolic syndromes have been shown to increase AD susceptibility later in life, a research team based in the UK wanted to know if maternal obesity and high fat (HF) diet could affect AD outcomes. In their investigation the team used a transgenic mouse model of familial AD and identified a mechanism through which maternal diet may impact AD phenotypes.

Prior human studies have suggested that poor diet is a risk factor for AD development. These observations are supported by data from rodent AD models in which diet-induced obesity or specific dietary treatments were superimposed.

Thus a dietary influence on AD phenotypes has been observed in both sporadic and familial AD rodent models.

While previous studies examined a link between individual diet and AD, a new study explored AD phenotypes in the offspring from female mice administered a HF diet.

In this study female mice were fed either a control or a HF diet prior to pregnancy and through the weaning of their litter. At weaning all male offspring were fed a control diet and monitored for AD pathologies.

The investigators hypothesized that the high fat maternal diet lead to changes in the brain's extracellular matrix, which increased retention of amyloid protein. Indeed, upon injection of a labeled amyloid within the brain's parenchyma, the investigators did observe increased retention of amyloid protein in the maternal HF versus maternal control diet mice.

More detailed experiments are needed to definitively demonstrate that increased levels of Aβ in maternal HF tg2576 mice are due to increased retention of protein, and not increased amyloid precursor protein processing. This data however extends the mounting evidence linking diet and Alzheimer's disease outcomes and supports a role for maternal and gestational health on pathologies associated with AD.