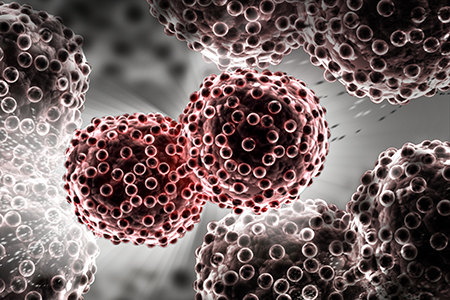 CAR T cell (CAR-T) therapy is a relatively recent immunotherapy with the first drugs approved for human use by the FDA in 2017. This type of immunotherapeutic utilizes T cells extracted from patient blood which are subsequently modified to target cancer cells. The modification enables these cells to express the chimeric antigen receptor (CAR) on the cellular surface, directing the CAR T cells to recognize and kill cells expressing the target protein. Once a significant number of cells have been propagated, they are transfused back into the patient, where they can eradicate tumor cells.

According to Elin Forsberg, a doctoral student working in the lab of Dr. Jonas Nilsson at the University of Gothenburg, IL-2 transgenic humanized NOG mice can be used to study the effect of CAR-T therapy on human tumors. While their initial research studied melanoma, Forsberg is interested to study other cancers and combination therapies in this mouse model1. To learn more about this study, read the entire interview below: Elin Forsberg (EF): We previously published an immune-humanized mouse model in which we transplanted tumor cells and autologous tumor-infiltrating lymphocytes (TILs) from patients in a clinical trial of adoptive T cell transfer (ACT) in Herlev, Denmark — and demonstrated that responses in IL-2 transgenic NOG mice correlated to the responses of the patients in the trial2. Some samples were responders to ACT while some samples did not respond to ACT. We wanted to find a way to convert a non-responder of ACT to a responder somehow and decided to test CAR-T cells in the mouse model.

Moreover, we were also interested to study the use of CAR-T therapies in uveal melanoma in the immune-humanized mouse model, an uncommon type of melanoma arising in the eye. Uveal melanoma is notoriously difficult to treat, and is a metastatic disease that lacks any approved therapies. EF: First, we searched in The Cancer Genome Atlas for commercially available CAR-T targets and found ERBB2 (HER2) to be the most highly expressed for both cutaneous and uveal melanoma. We purchased commercially available HER2 CAR-T cells from ProMab and tested them in our immune-humanized mouse model. We found that all five cutaneous melanoma patient-derived xenograft (PDX) tumors regressed in response to CAR-T treatment, irrespective if they were responders or non-responders to ACT. Interestingly, responses were only achieved in IL-2 transgenic NOG mice and not in regular NOG mice.

We also tested the CAR-T cells in xenograft models of uveal melanoma (one cell line-derived xenograft and one patient-derived xenograft) and found that uveal melanoma was sensitive to the HER2 CAR-T therapy. We used cell lines of cutaneous and uveal melanoma to study the specificity of the HER2 CAR-T cells by knocking out the target HER2 in the cells with CRISPR/Cas9 technology. The HER2 knockout cells were not sensitive to CAR-T therapy and did not provoke degranulation or IFN-gamma production from the CAR-T cells, indicating that the CAR-T cells were specific for the HER2 target. EF: One notable observation was that in the immune-humanized mouse model, mice receiving T cells would develop a lymphoproliferative disease after the tumors disappeared because the IL-2 signaling was constitutive, driving T cell proliferation. This effect was seen first after the T cells had eradicated the tumor, and could be detected by elevated white blood cell count and was also often accompanied by weight-loss. EF: It is an important observation that human IL-2 seems to be necessary for beneficial effects of human CAR-T cells in mice. This fact has huge implications for research focusing on preclinical CAR-T (or other immunotherapy) development. It is possible that poor effects or lack of durability of CAR-T cell therapies for solid tumors in other mouse models can be explained by the lack of human IL-2. EF: We are interested to study other types of cancer in the immune-humanized mouse model to see if it is possible to model diseases other than melanoma. We are also interested to test other types of immunotherapies and combination therapies in this model. EF: I speculate that other CAR therapies based on lymphocytes (for example T and NK cells) would benefit from the IL-2 transgenic NOG mouse model. EF: There are limitations to models based on immunocompromised mice simply because the immune system is not complete. In the immune-humanized mouse model we use, based on NOG mice transgenic for human IL-2, the immune system transferred is a simplified one (for example consisting of only TILs or only CAR-T cells). These systems are informative for showing interactions between those specific immune cells and the tumor but do not fully recapitulate the complexity of a normal immune system. Immune-competent mice, however, cannot be used for human tumor engraftment — and hence immunocompromised mice are the only option to study human tumors. Limitations to this type of immune-humanized mouse model include difficulties in toxicity studies because normal tissues in the model are of mouse origin. EF: I recommend that T cells are injected into the mouse model after confirmation of tumor growth. If T cells are injected very early (before palpable tumors have developed), there is a chance that the tumor will never grow out and, depending on how fast-growing the tumor graft is, there is a chance that the mice will develop toxicities due to T cells (lymphoproliferative disease and weight loss) even before there is a tumor to target. Keep close track of mouse weight and other signs of lymphoproliferative disease (such as enlarged lymph nodes or elevated blood cell counts) in mice receiving T cells, especially after tumor eradication.

It is also worth mentioning that the effect of T cell cytotoxicity is delayed usually 2-3 weeks after T cell injection, which means that the tumor has at least 2 more weeks to grow before the tumor size starts to drop as a result of treatment. This is beneficial to be aware of especially when working with very fast-growing tumor models, so that T cells are not injected too late to have a chance to eradicate the tumor before mice need to be sacrificed due to ethical considerations. In summary, make sure that the timing of T cell injection is optimized for each PDX model used depending on the growth rate of the graft.