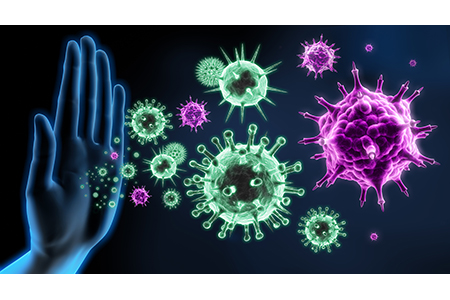 Autumn, when leaves, pumpkin spice, and flu are in the air, is a time to evaluate animal models of influenza pathogenesis and developments in flu research and treatment. This is an introductory reference for influenza studies with a few tips and tricks for utilizing mouse models.

Influenza has three major subtypes: A, B and C.

More details can be found at the World Health Organization. Most flu research centers on development of vaccines and therapeutics for subtypes A & B.

According to the World Health Organization Fact sheet:

The National Institute of Health reports that global influenza pandemics occurred three times in the twentieth century alone: 1968, 1957, and 1918. The "Spanish Flu" of 1918-1919 caused more than 500,000 deaths in the United States and 50 million deaths worldwide.

According to the Centers for Disease Control and Prevention (CDC), between five to twenty percent of the population in the US gets the flu each year, which costs an estimated $10.4 billion in direct health costs and has a total economic impact of over $87 billion.

Modeling human disease in animal models can be challenging . Mice, rats, hamsters, guinea pigs, ferrets, and non-human primates are the most frequently used models for influenza research. Ferrets are considered to most accurately represent human influenza. Mouse models, many of which require disease adaptations to study influenza, are also commonly used; they are readily-available, well-characterized, and more affordable than other species1,2.

The focus of this article will be selection of appropriate mouse models rather than choice of species.

Some excellent primers on model selection for influenza can be found in Viral Pathogenesis, "Chapter 10 - Animal Models: No Model Is Perfect, but Many Are Useful3", Animal models for the study of influenza pathogenesis and therapy4, and Animal Models for Influenza Viruses: Implications for Universal Vaccine Development5.