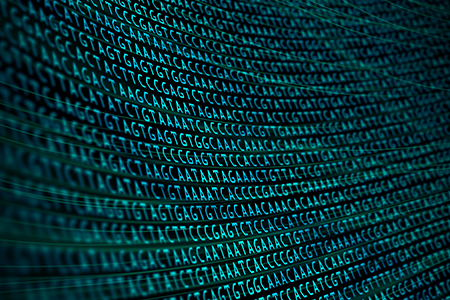 Single nucleotide polymorphisms (SNPs) are variations in the genome that occur when a single nucleotide is altered. While single base-pair changes may seem minor, they are key indicators of strain differences among mice and rats1. SNP testing is vital in many colony management applications, from background verification and genetic screening to creating a mouse model on a different background through the speed congenic process.

First, a DNA sample must be obtained from the animal. Depending on the test ordered, different numbers of SNP markers can be tested in one SNP microarray. Similar to a DNA microarray, these assays involve DNA hybridization and fluorescence microscopy. In a targeted sequencing experiment conducted on the Illumina platform, an array is designed with SNP markers bound to a microchip. When the sample DNA is flowed over the chip, direct hybridization of target sequences occurs to the array-bound sequences. Labeled nucleotides are then added to the mix, and upon fluorescent staining, the nucleotides that were incorporated are detected by the device. The resulting fluorescent images are then compiled and analyzed2.

The microchips used in this process contain varying numbers of markers, and are referred to as different 'SNP panels'. In order to test differences between the substrains of a C57BL/6 mouse model, for example, a panel of 200-300 SNPs may be tested. However, in order to most accurately characterize the background of a mouse, SNP panels consisting of two-thousand SNPs may be required.

This process allows the researcher to monitor the background of a strain over time. Potential uses for background verification include the identification of spontaneous mutations in SNPs in a given panel as well as genetic contamination due to erroneous breeding. Researchers who regularly publish on one specific model would need to know if their laboratory mice have any genetic contamination (or genetic drift), as this could confound the results of their study.

The term 'speed congenics' refers to the process of creating a congenic strain of mice through SNP-assisted breeder selection. Normally, conventional backcrossing for at least ten generations must be carried out to create congenic strains. This process can take as long as three years, due to the natural breeding cycle and process of laboratory mice.

Speed congenics uses both SNP testing and genotyping assays to decrease the time for model generation. When a mouse contains a desired genetic modification but is on an undesired background, it is first crossed with an inbred strain. The resulting offspring are genotyped to determine if they still contain the desired mutation, and they are also SNP-tested to determine the percent contribution of the desired inbred strain.

This combination of genetic testing shortens the timeline for generating congenic mice by allowing the researcher to choose the offspring from each generation that have the most desired traits.

As a general rule, SNP testing increases the confidence researchers have that their model is on a defined, known background. It also increases result reproducibility by ensuring the genetic quality of the mice being used for ongoing projects.