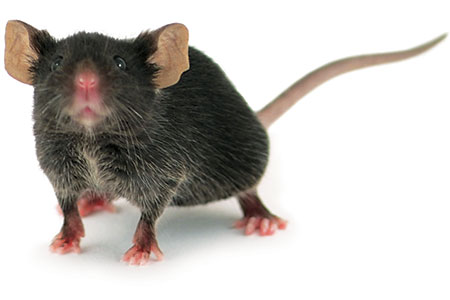 Mice can react to stress, boredom, and even each other by becoming aggressive towards their cagemates, damaging themselves and possibly skewing study endpoints. Here are three solid colony management techniques to try if you need to control aggression in mice:

Mice are social and establish dominance rankings among themselves. If the mice establish social rankings when they are young, they are less prone to fight as they age.

Once virgin males are weaned into a cage, do not mix them into other cages later. Retired male breeders should never be co-housed. As co-housed male mice get older and larger, they may need to be housed at reduced density or even singly housed. This would likely cause fighting as they seek to establish new dominance ranking.

Instead, reduce the cages evenly; i.e. a cage of six becomes two cages of three.

Upon request Taconic Biosciences can pack animals as cagemates. We suggest for models that tend to be aggressive that they are shipped and housed as they have been caged at our facility. Certain models, such as Black 6, FVB, and SJL males, should always be weaned into their study groups and stay with that group for the entire duration of the study.

Adding something to the cage that they can chew may* contribute to lower aggression. There are commercial products available for this, such as "nesting squares" that mice like to chew and shred. Clean cardboard and other common materials can also be used.

There are also commercially available shelters made of cardboard or plastic. These provide hiding places for some of the mice. If you use the plastic shelters, it is also beneficial to add something for the mice to chew on.

Keep Biological Stresses to a Minimum

Avoid variations to the temperature and humidity. Assure that the light cycle is consistent and that the dark cycle is really dark by checking to see that office lights, exterior hallways, or other sources of light do not penetrate into the animal facility.

Keep in mind that some models, such as DBA2, are prone to audiogenic seizures. Minimize noise and vibration, in case of construction or heavy equipment running nearby.

Keep other strains and species of lab animal separated from the mice. In addition, introducing females into the room with older males may increase aggression.

Perform procedures such as injections or surgery distant from where the mice are held.

*Response to enrichment is variable by model and type of enrichment, please refer to: