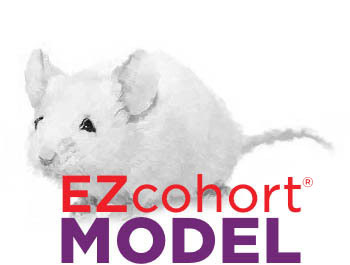 IL-15 is a member of the IL-2 family of cytokines that stimulates proliferation of activated T cells, NK cells, and B cells through a receptor complex containing a high affinity ligand binding subunit, IL-15Ra and the Jak/STAT signaling elements IL-2Rb and g c. In addition IL-15 stimulates cytolytic effector function and facilitates the survival of CD8 memory T cells. IL-15 deficient mice lack natural killer (NK) cells and have marked reductions in memory CD8 T cells, NK1.1 T cells, and Thy1- CD8a intraepithelial lymphocytes (IELs). These mice are unable to mount a protective immune response to challenge with vaccinia virus. They should be useful for exploring the role of IL-15 in other host immune responses.

C57BL/6 mice deficient in IL15 were generated by gene targeting in the laboratory of Dr. Jacques Peschon of the Immunex Corporation in 1996. The IL15 gene was disrupted by replacing a 7.5 kb fragment containing IL15 exons 3-5 with a PGK-neo cassette. The disrupted gene was introduced into ES cells of C57BL/6 origin developed at Immunex and injected into BALB/c blastocysts to create chimeric mice. Resulting male chimeric animals were bred to C57BL/6 females and offspring heterozygous for the IL15 knockout allele were crossed to generate IL15 deficient mice (IL15-/-). Different C57BL/6 sublines were used during the development of this line and therefore an exact control mouse was not available. However, C57BL/6NTac mice were used as controls in the original studies. Recently we completed backcrossing these mice an additional 5 times onto C57BL/6NTac mice and intracrossed them to make them homozygous for the IL15 knockout allele. We now consider the Taconic B6 (C57BL/6NTac) mouse to be a more appropriate control for line 4269.